It was raining as I arrived, that fine stuff that somehow seems to get you wetter than the heavier stuff! Loads of sand martins had been pushed in, must have been 250-300. There were lots of juveniles amongst them, great to observe as some perched on barbed wire to preen and rest. Such cuties. Got quite a few pics. 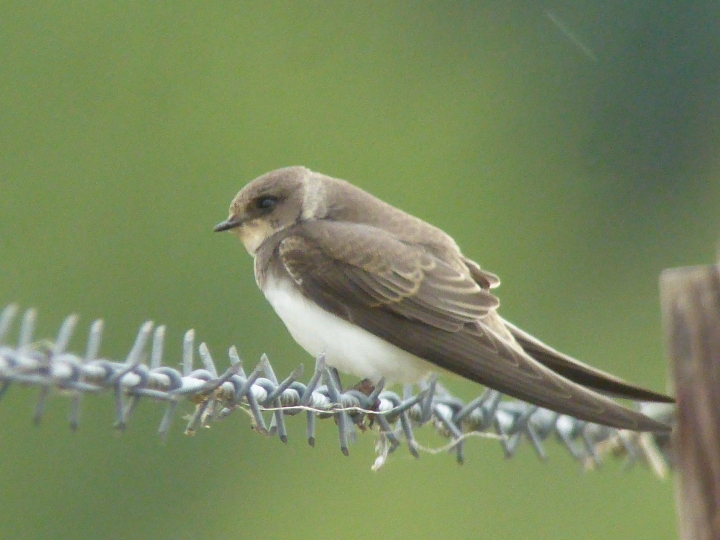 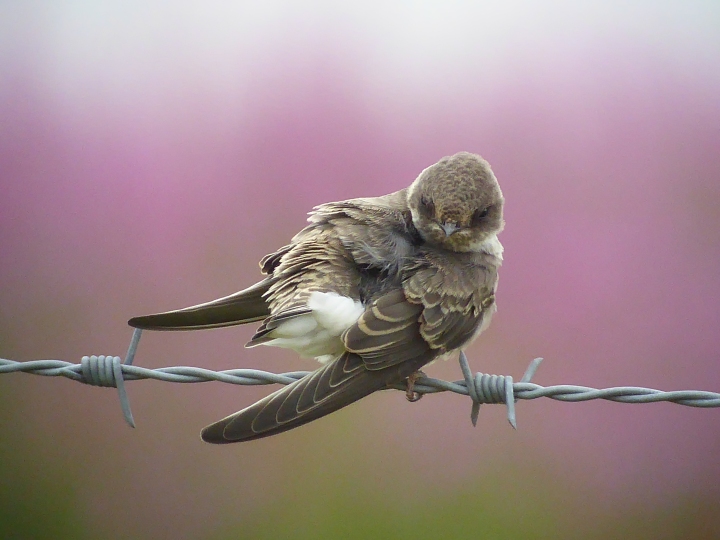 Three very smart ruff showed well from the hide, along with a ringed and a little ringed plover. Two families of Egyptian geese were doing well. A summering wigeon was here and odd common terns, presumably from the nearby Kirkby colony, kept coming and going. A hobby dashed low across the far end of the reserve, a fox ran across the old runway. I saw two different marsh harriers within a couple of mile of here.

Aptly, a Lancaster bomber and some spitfires came over the site. Prince Willy was at nearby Coningsby for a memorial event. I promise this is the only non-birdy photo. They can fly but they don’t sing and they ain’t got beaks! 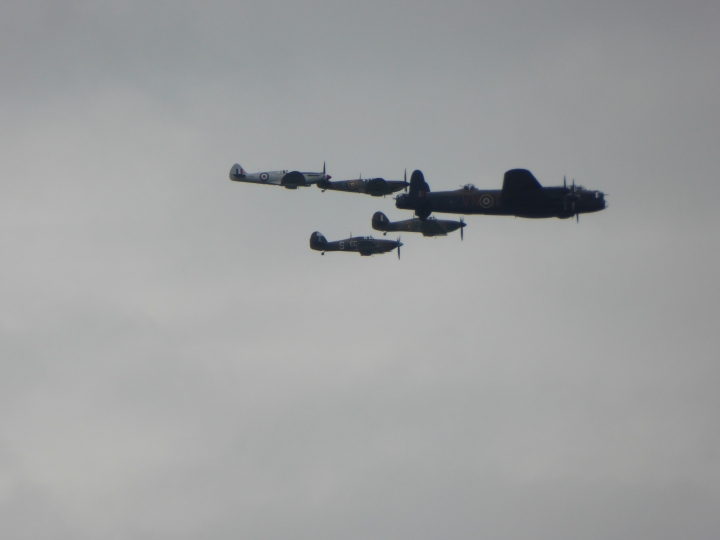 Kirkby on Bain demanded a look. Breeding birds looked to be doing well, with avocet and common terns, along with other water birds having young. On the tip there were hundreds of large gulls. Despite a good look through I couldn’t find a single yellow-legged gull. There must have been over 1,000 herring gulls. Lesser black-backs approached three figures with perhaps 20 great black-backs. A buzzard was scavenging at the tip also.

I made my way home via Ancaster. Regular followers will know about my interest in aberrantly plumaged birds and I found another as I drove through Sudbrook. It was a striking looking collared dove-one of those ‘creamy coffee’ leucistic types you very often get with birds lacking colour pygments. Collared doves are quite pale birds to begin with but this individual immediately caught the eye. I think it’s quite rare in pigeons, I havn’t seen many.  My pics don’t really do it justice, they are over-exposed. The light was very poor and my camera was wet. It was a cracker in real life. After watching it for a while, (local residents were wondering what the hell I was doing) another ‘normal’ collared dove flew in and copulated with it.

A quick look at Ancaster pits resulted in not a lot, but a hobby was hawking nearby.