Had to get out this afternoon even though it was raining because had not had the chance to venture anywhere with my camera for a while, so after a lovely sunday dinner off to Marston I went.

I parked at the end of Hough Mill Lane and made my way to the other end of the bridle track at the Viking Way end to see what Stonechats could be seen, the walk was interspersed with the sound of Water Rail and Cettis Warbler – nice!

I got to the Stonechat spot and immediately had to rush to try to get my camera into a usable position to try to catch a shot or two of a group of trumpeting Swans that were heading due East, I was not totally sure as to the species and as you will see from the image below IDing the birds was not easy by sight in the gloom, but after a text conversation with Dave R and Spadge we settled on me seeing 10 Whoopers – this pleased me as this was my initial thought, so I must be learning about these birds slowly eh? 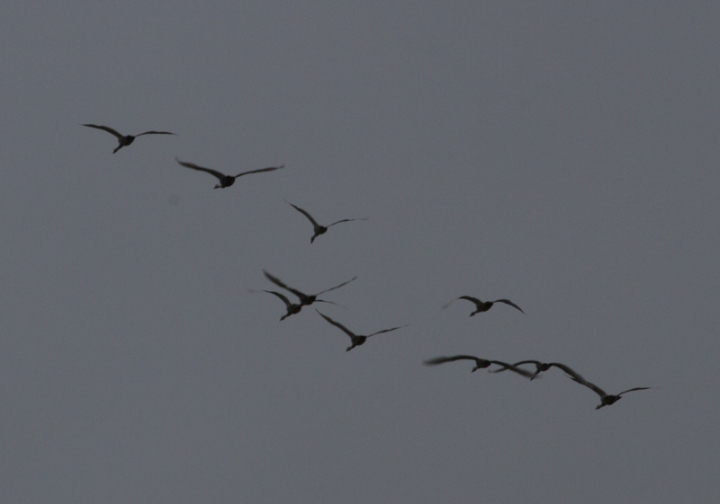 I then settled down to watch for the Stonechats, 3 birds were seen, 2 of them females. It was 1 female that came closest. During my 70 odd minutes there I managed these images in the mucky old light. 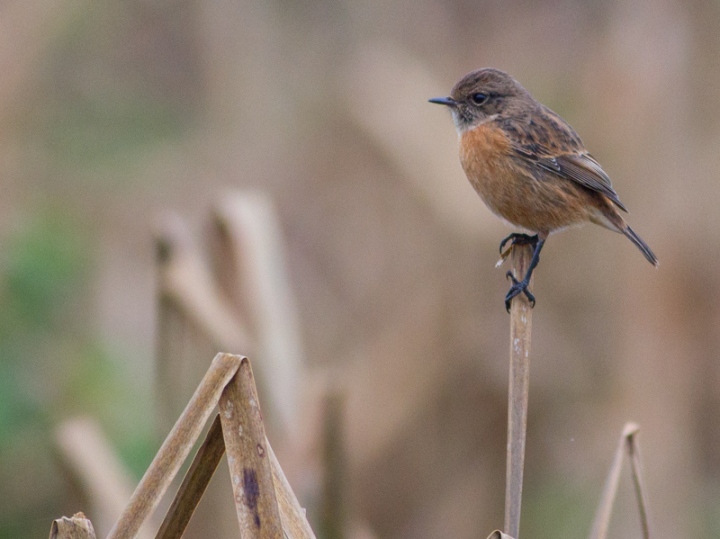 Just about as I was ready to leave for sometime in the hide I heard a call high above me, looking above I could not ID the geese but having now learnt that when I am struggling to set my camera up when birds fly over use your iPhone to record it first I proceeded to record the calling geese overhead only to catch the record button and stop the recording!! – DOH! – but later when I met up with Dave R I showed him the 2 second recoding and happily enough this was enough to let him confirm the skien of geese was in fact Pink Footed Geese heading south, nice one!

I did manage some photos on my iPhone camera and these can be seen below of the skien of 80 odd birds.

While driving back to the hide along Mill Lane the usual crowd of 15 / 16 Curlew were seen, I stopped behind a tree to obscure me from the vision of the birds to get a photo but only managed 2 before off they went towards the River Witham.

I got the hide car park and saw Dave R’s car and called him up, we met at the track leading to the hide and got settled in, not a lot to see really, very high water levels so Mallard, Teal and a few Wigeon were about on the water. The view was still nice and autuminal in the poor light as you an see below. 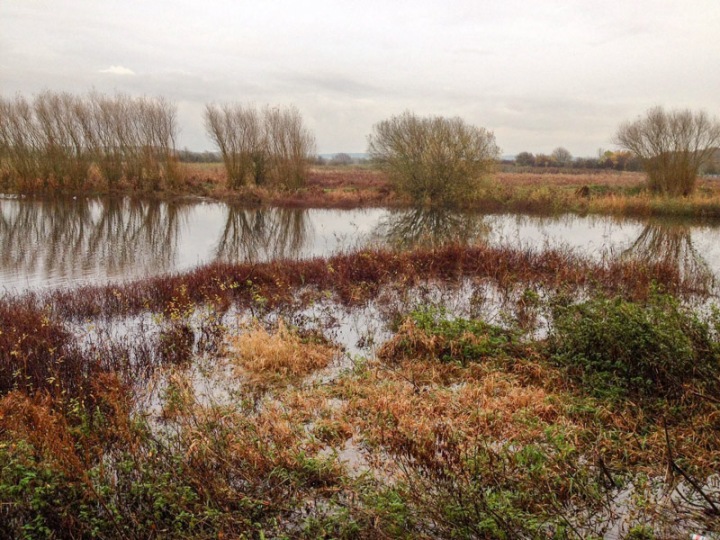 Dave and I lived in hope that we would possibly see a Harrier or Short Eared Owl from our vantage point in the hide and good old eagle eye Dave saw a Mistle Thrush poised on top of a tree along the Viking Way and then a couple of trees along and closer to us he saw a Jay. I trained my camera onto it and just caught it taking off, this was the first time I had seen a Jay at Marston 🙂

Dave laughed and called me ‘a lucky bleeder” (or something similar) as he reviewed the image above on my camera and of course I replied by saying “No Dave, it was pure skill!” I will let you decide on that one! 🙂

Dave went off for a walk down Viking Way and a few minutes later I went back to the car park and was greeted with this lovely view of the setting sun. It got better as night fell too, don’t know if you saw it or not. 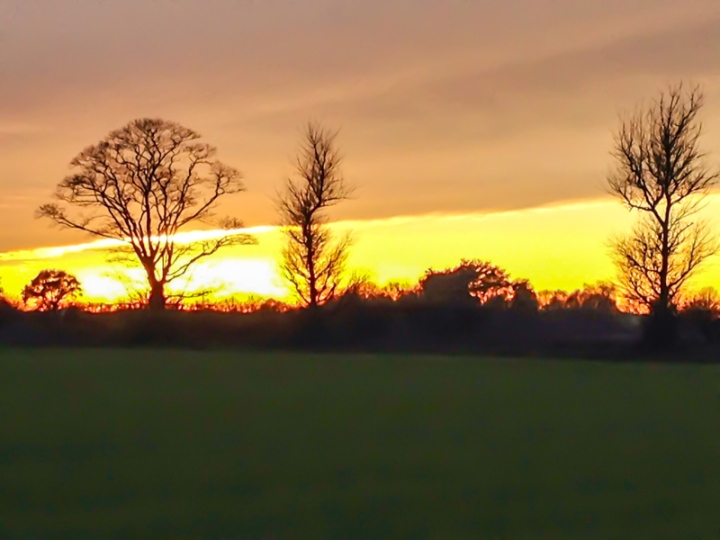 One thought on “Marston lights up the gloom”