Went up to Belford for another short weekend with the coastal birdlife of Northumbria. The Weather was mainly dry and cloudy but with a few sunny spells. However the high wind was a real pain making watching and photographing quite difficult, especially on Lindisfarne – even at low tide (neaps) the causeway was awash with sand and water piled up by the SW winds. I’d heard that a Grey Phalarope had been seen around Stag Rocks on and off since the New Year and as that is my favourite spot I thought I might have a vague chance of spotting it. We didn’t get there until the afternoon of the first day and the tide was well out but I’d heard that the bird often came in at around high water when there were some shallow rock pools sheltered from the surf. So the next day we visited at around an hour after HW and there it was. Very active and not too flighty which allowed me to get quite a few decent shots before heading off to Lindisfarne. Other areas visited were Budle Bay, Seahouses Harbour and Low Newton Pool. (click on thumbnails for larger view) 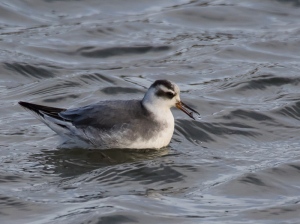 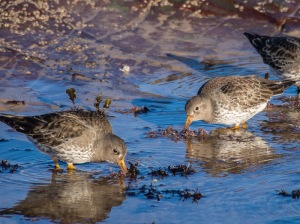 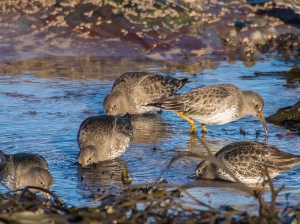 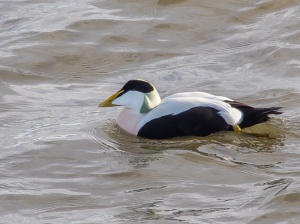 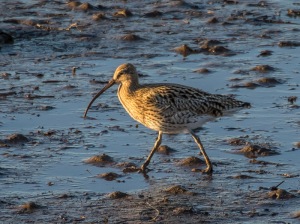 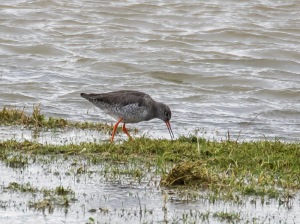 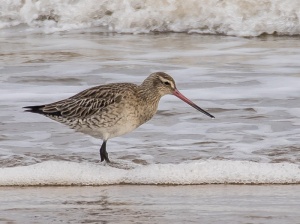 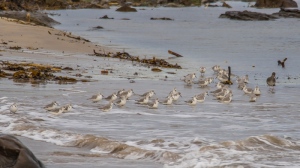 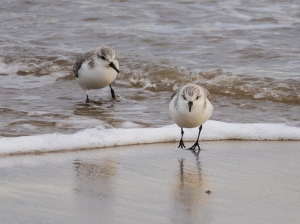