Bit of free time this weekend allowed me to nip into Holme Pierrepoint white water course outside of Nottingham to see if the Spotted Sandpiper could be caught this time as last time I called in to see the little bird I dipped out and fit in an hours local birding too! As soon as I was at the end of the course I heard the call of a Sandpiper, 2 birds landed on the opposite side of the water to me and I managed a shot of both birds, 1 a Common Sandpiper and the other the Spotted Sandpiper, result another life tick! – although the photo is distant I think it does act as a nice comparator between the 2 species. 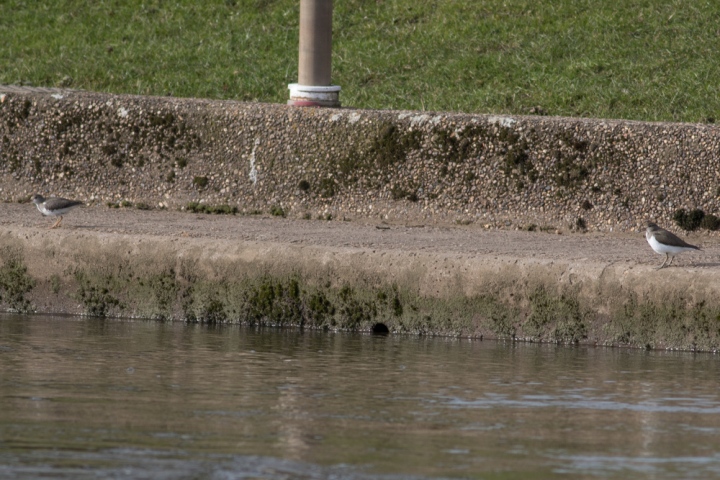 The Common Sandpiper flew off within a couple of minutes as 2 canoeists drifted past at the end of the white water course. Thankfully the Spotted Sandpiper stayed put and after a little time and effort waiting for it to come towards me a few decent images were achieved. 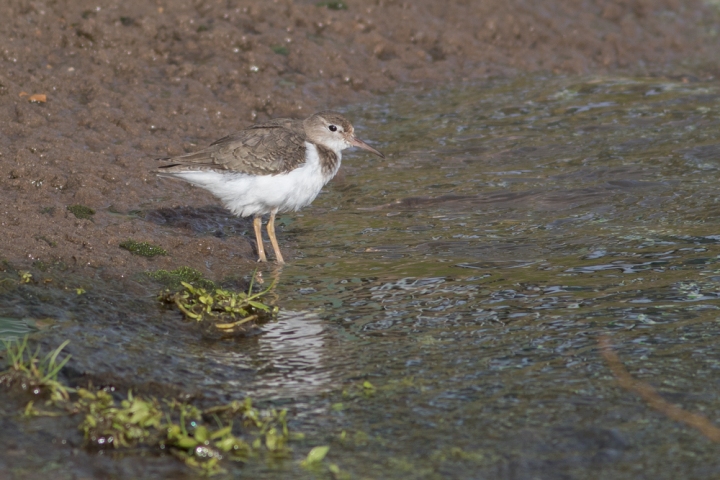 Bit of preening below. 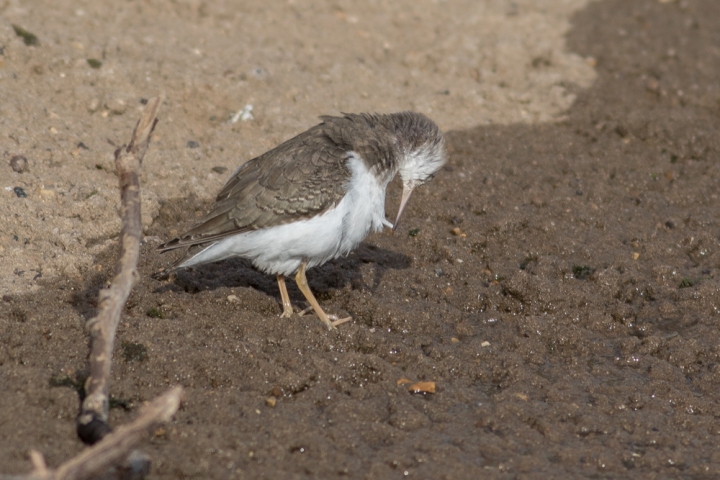 The Spotted Sandpiper came as close as 20 odd feet at 1 point and so gave me chance of a decent close up of a lovely little bird. My best image from the brief session below.

A few Canada Geese were in the general area at the end of the course where the Sandpiper was feeding. 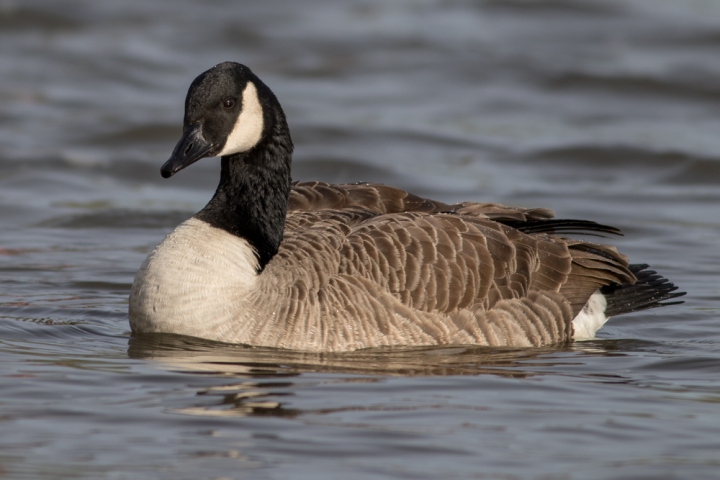 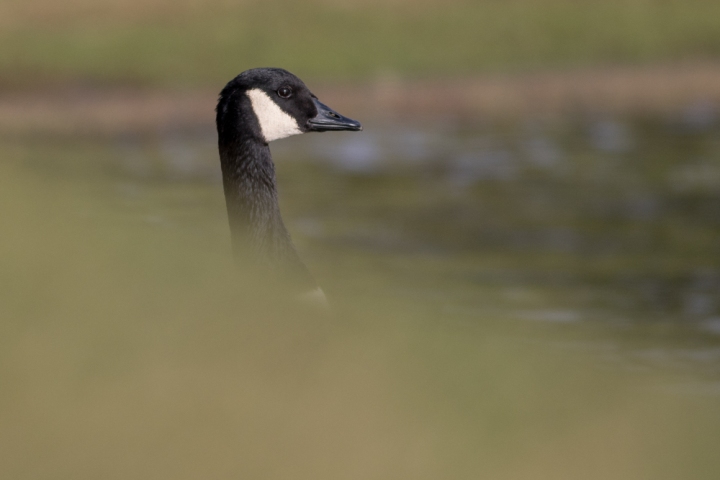 The Common Sandpiper called in again for a little while then off it went, the Spotted Sandpiper was pretty steady only flying to new feeding areas occasionally. 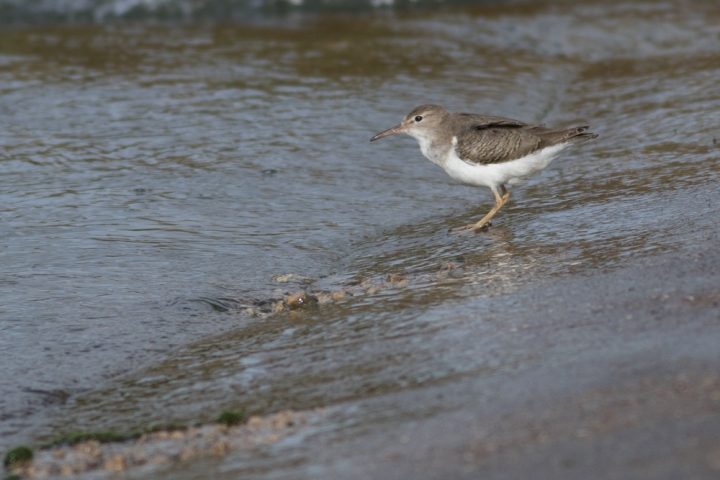 The Spotted Sandpiper ventured onto the grass off the path now and then with it on 1 occasion finding a large earth worm where it proceeded to take it onto one of the concrete sections to find the best way to eat the worm. 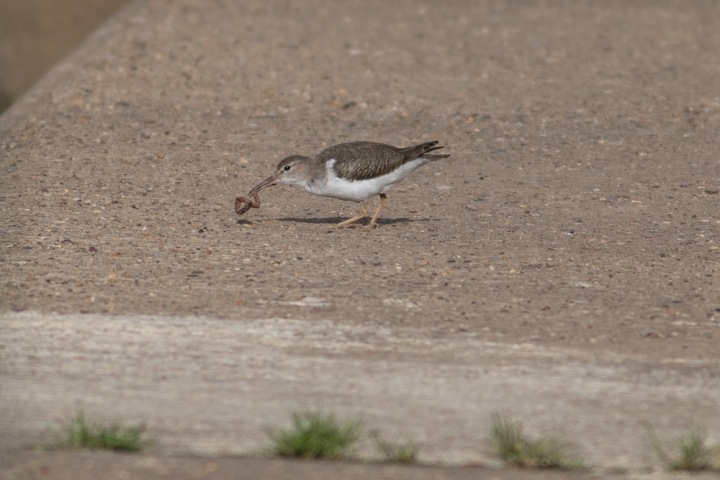 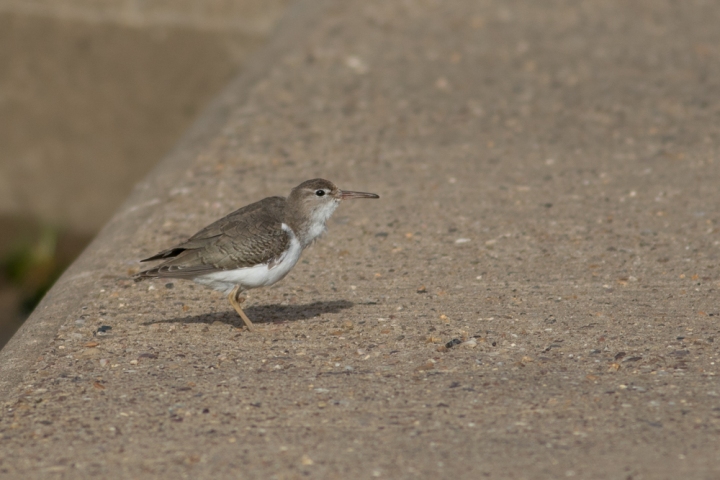 I had heard the bird had a bad foot and was limping around the other day but there was no evidence of a limp when I was with the bird. On the way back near my home I saw a Buzzard low in a tree and grabbed a photo before it flew off. 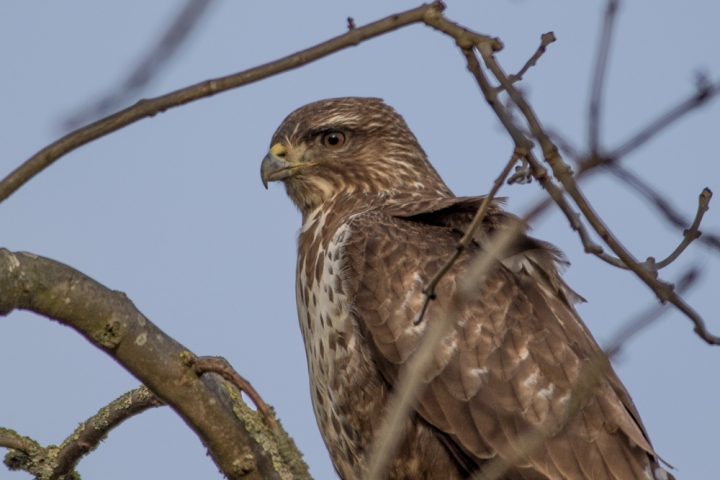 Sunday morning was a walk to the local pub to pick the car that was left overnight  – no drink driving me! – the local is about 10 minutes from the start of the riverside walk where I saw Mandarins and Kingfisher last weekend. So I thought lets have a wander see whats about and then get the car on the way back.

I took a route that included a lane at the bottom of my road and soon I heard the high-pitched song of a male Goldcrest. I stopped, looked and located the bird and soon it became apparent there was 2 birds darting around chasing one another. Within 5 minutes 1 bird had flown into a bush right next to see and then it was accompanied by the 2nd Goldcrest and one the next 15 minutes of action I took about 75 images trying to capture these fearthered bullets! My previous half a dozen walks looking for Goldcrest in the same area had all come to nothings lick was with me today! 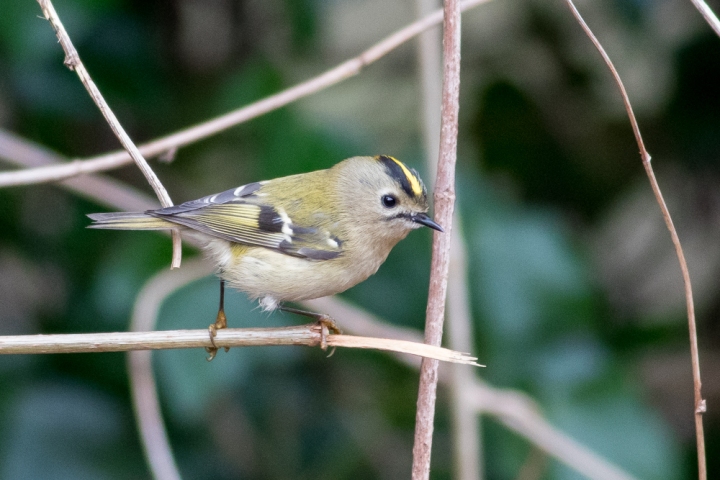 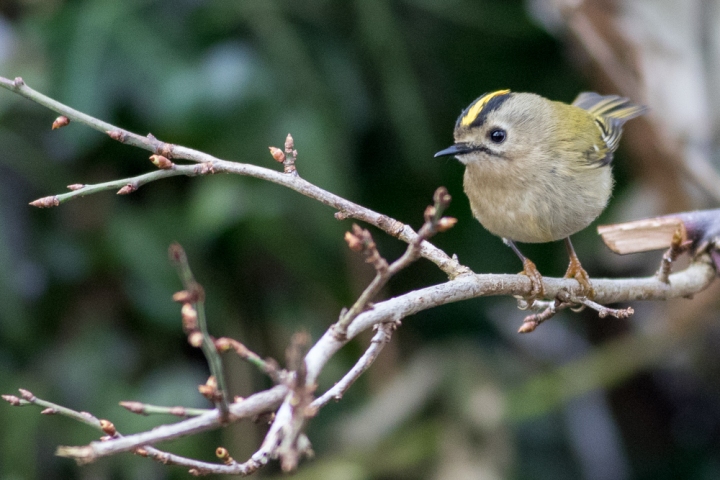 Above the best 2 images from an enjoyable time with these diminutive birds; I then moved onto the riverside walk and soon was onto a Grey Wagtail feeding at the footbridge.

No Kingfishers were seen this time but the Mandarin pair were in the same spot for about 10 minutes before they flew off to a local large house that I think has a large body of water in its grounds.

The Mandarins did seem settled in the same area with the male once again scaring off any Mallards that came close to the female. Unsure as to why the birds flew as I observed them.