Using one of my last 2 days annual leave on a fresh, cold but sunny morning turned into a good idea. I first hit the Stainby area to see what was about mainly hoping to see Red Kite. I have not been out this area for some time and although it was pretty quite bird-wise with only one Red Kite being seen and that being fleetingly as it drifted serenely towards Skillington it was still great to be out and about on such a nice day.

Nothing much was seen apart from Gulls galore in the fields, Black Headed, Common, Herring and the odd Lesser Black Backed from what I could see. Skylarks could be heard more than seen and the distinct call from Yellowhammers was clear along with the odd sighting atop the hedgerows. 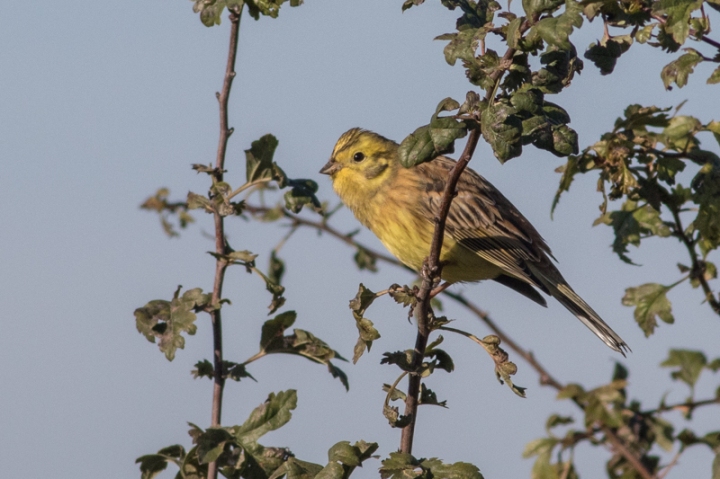 This Buzzard posed nicely for me albeit a bit distant when near Skillington. 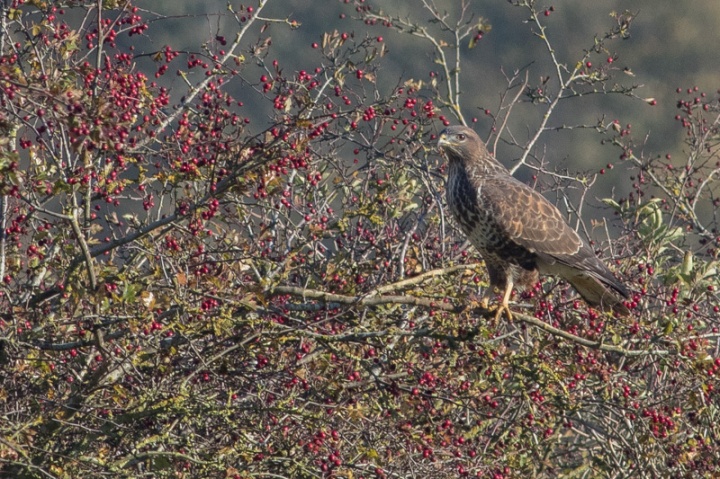 So with only 1 Red Kite being seen  I was going to go to hunt for Hawfinch around Exton Park Rutland after a local farmer had said he had heard 1 bird was seen there yesterday but forgot I had a dental appointment in the afternoon so birding time was limited so I decided to go to Marston instead.

I stopped off at the Garage off the A1 at the Marston turnoff for a ‘meal deal’ and had a wander around this area and saw several Fieldfare and Redwing in a track running parallel with the A1. I was about to pull into the car park at Marston and saw birds foraging on the roadside vegetation, closer inspection via the ‘bins’ and 6 Lesser Redpoll were more bothered about feeding than me! I scanned for the possible Mealy seen by my mate Steve Godson the other day but not here, sadly. Got a few shots of the birds from the car before traffic forced me to move and park up.

I parked up and walked back to see if the birds were still in the area, they were but now spread over both sides of the road. A large van drove noisily past and this spooked them away down the road away from the car park area. Managed a few more images before they moved on.

I knew 1 of the cars in the car park and so called up the owner Mr Dave Roberts to see where he was and met him on the Viking Way, he was watching a pair of Stonechat. Before reaching Dave on Viking Way I observed a group of Black Headed Gull in the turf field on a large expanse of water along with a Little Egret.

More Redpolls worked the area around us, still no Mealy type bird.2 Kestrels worked the Reedbed alongside Viking Way.

We walked to go into the hide and Dave saw that the Curlew’s had joined the growing group of Gull’s in and around the water in the turf field.

The water levels at the scrape still high and only a few ducks were seen on the water mainly Gadwall, about 10 Wigeon plus Dave saw a trio of Shoveller. We had good vies of the Curlew group as they took flight and circled in front of the hide.

Off to the works end we went and although we had a good old nose around this area too was very quite apart from seeing 3 Green Sandpiper – which was nice! 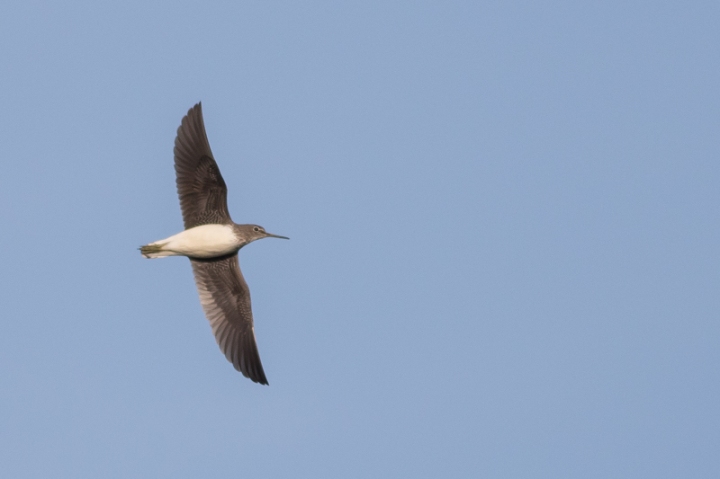 It was a pleasant few hours in the lincolnshire sun all in all! Where next Dave?