It was pretty quiet, birdwise; a greenshank, a cuckoo and a pair of barnacle geese were about the best of it. Whilst in the hide I heard a loud ‘plop’ and watched a water vole swim by, a very pleasing sight.

Coffee and lunch was consumed in the car. It was a very entertaining affair, as a pair of avocets were going mental, flying in and out of the car park and walking around between the cars. Three tiny chicks looked very vulnerable as cars were coming and going and lots of dogs were being walked. The chicks didn’t seem to care, just wandering where they liked. After a while they ventured further away from the carpark, scurrying up the vehicle entrance slope and away from the reserve, ending up on the road! Parents were still going bez. I watched them for a while, thankfully not many cars about. Eventually they entered a cabbage field so hopefully safe- for a while. If they were on the lagoon they would still be danger anyway as lots of gulls about. 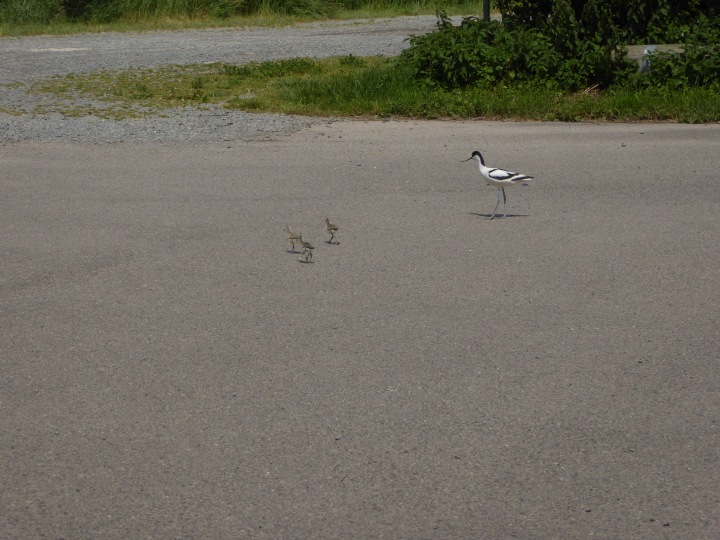