My work today was at Lincoln County Hospital and had a start time that allowed me to have an hour or so birding at Whisby NR on the Lincoln by-pass before work began, I pass the turning for the reserve on the way to the hospital and so thought why not have a look for Nightingales. I was on the road for 6.30am and arrived at Whisby car park some 50 odd minutes later to a car park with only 4 other cars in it.

I made my way on this frosty morning to the tracks that border the Coot Lake, a well known spot for seeing and hearing these delightful if sometimes elusive summer visiting birds.

I had been communicating with Grahame Hopwood who is based on the reserve via Twitter for an update on how things were regarding the Nightingales, he said a pretty quiet start at the moment, maybe he mused, down to the cooler weather currently along with the northerly winds, he had only heard a couple of birds vocalising and this was down on the norm since he has been monitoring the birds here over the years.

A couple of other birders were about with the same aim as me as I began to make my way down the track alongside Coot Lake. The sun was breaking through nicely and Blackcap, Chiffchaff, Robin were knocking out their respective mating songs. 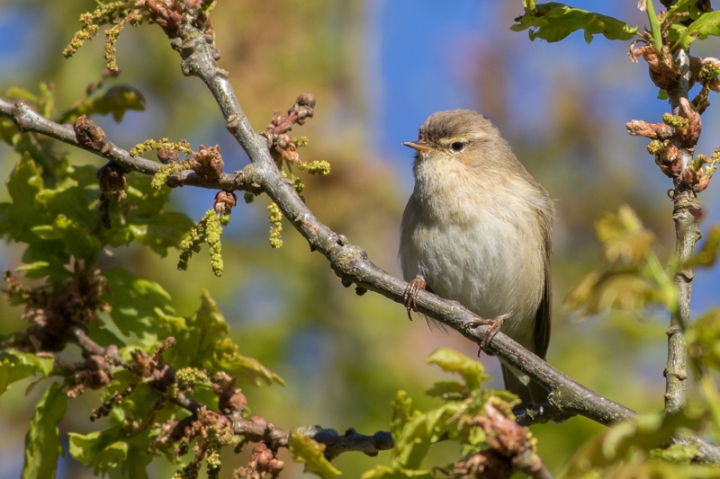 Blackcap, Whitethroat, Garden Warbler along with the solitary Nightingale were all heard along this path.

A pair of stunning looking Bullfinch flitted around the tops of the trees before flying off towards the visitor centre over Coot Lake.

Arriving at a spot where last year (mid May ’16) I got my best Nightingale images (1 image below) so far I briefly heard a bird singing but sadly it could not be seen as it was on the opposite side of the railway track that disects the reserve and runs parallel with the Coot Lake path.

Soon after walking a little more Garden Warbler song was getting louder and louder, this coincided with the temperature rising as the sun continued to try to assist the birders in their search and bring the birds into the open for views of this iconic species.

I got onto a Garden Warbler that was continually singing and bit by bit it was moving into the front of the tree it was in and also moving closer to me enabling better views. 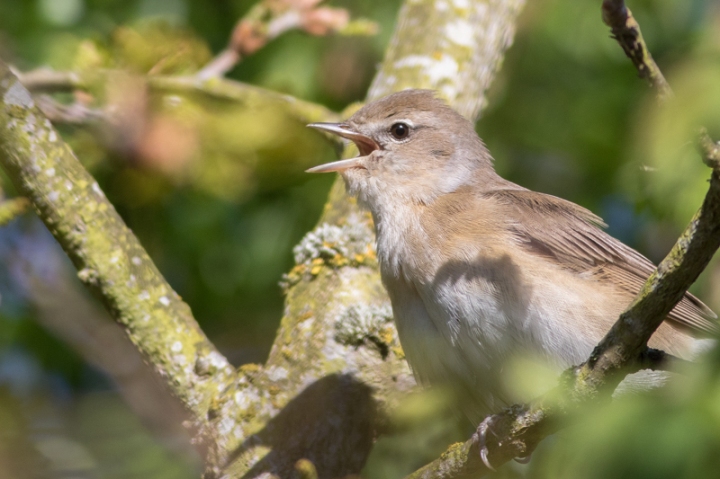 A Blackcap then decided to fly over the Garden Warbler and this pushed the bird back into the denser vegetation, not to be seen again; but it was still heard very clearly.

Robins were to be seen, as you may expect, all the way along the path.

A little group of Long Tailed Tits were zipping around the same area too with a couple coming close and stayed still enough for a shot or two.

I walked steadily up and down the path alongside Coot Lake a couple of times and heard a Nightingale sing twice and this was in the same area mentioned before. I got to the main corner and usual spot for seeing the bird on my way back to the car park and a couple of birders were looking at a Nightingale that had just finished singing a little, the bird was tucked well away in the bushes but I managed the image below using manual focus on my lens, not something I do very often at all, at least it proves we saw one eh?

It was also very nice to finally meet up with a fellow Lincolnshire Facebook birder Colin, hope you got some shots after I  left mate?

I stayed around a little but the bird stayed put, sang a little more and that was me off to work. I will have to call back in a few weeks and hopefully the environment is more conducive for the Nightingales.