I went out to look again at the white (leucistic) buzzard near Hungerton yesterday afternoon. The area was alive with raptors, many red kites and at least 20 buzzards with around 10 on a single bare field, worming. Seven were lined up on a hedge at one stage and included a bird which was different to any other buzzard I’ve seen in Britain. There were dark and light morph birds around but this wasn’t either.

It was heavily streaked, not barred below, the light brown/goldy streaks merging. There was some light, greyish feather edging on it’s upperparts/coverts. Overall a bit smaller than common buzz, slightly slimmer, more streamlined look about it. Iris brown. Didn’t see rear end as it flew low behind hedge. Will be going back to look again.

There is a bit about it that could hint at steppe or long-legged buzzard, but a birding colleague has suggested that it may be a hybrid buzz/hawk. Some years ago there was a buzzard/red tailed hawk hybrid at Knipton, Leics which is actually very close to here as the buzzard flies. Please get in touch if you have any comments. 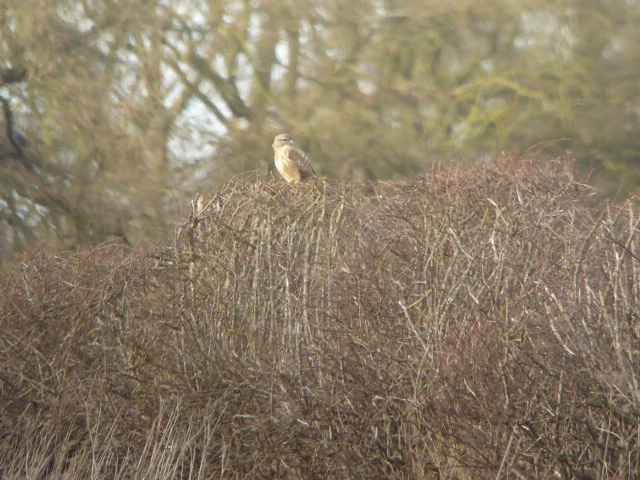 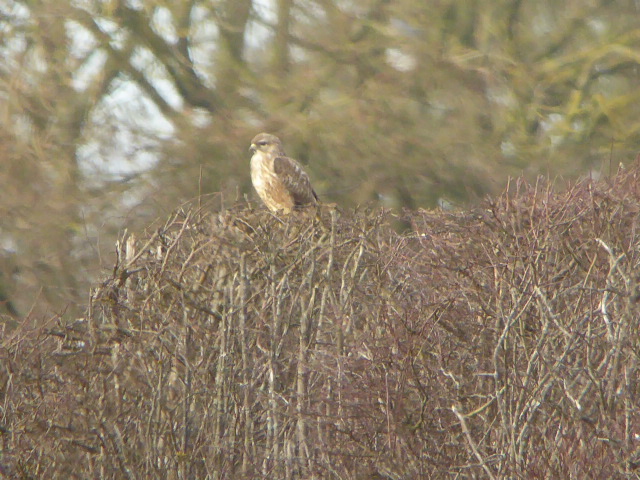 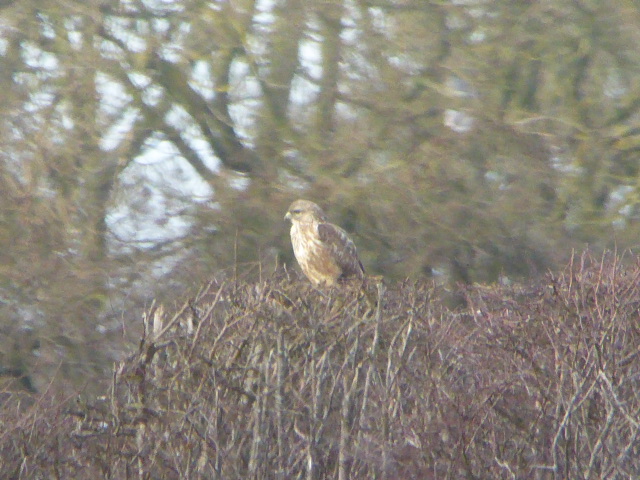