Some good birds continue to be seen in the county, a few more than in Jan last year with multiple white-winged gulls, great grey shrikes, scarce geese and ducks and waxwings being reported. And then, this morning (Sat), Kev Wilson gave me the heads-up on a report that he’d received of a white-billed diver! on the river Witham near Kirkstead. I was a bit busy but planned on going to check it out this afternoon and then a message came through reporting negative news, so I decided not to bother. Kev was sent photos of the bird present there yesterday. Annoyingly I was in the area, birding Kirkby and Woodhall, not only that but I actually drove along the Witham from Tattershall towards Kirkstead. Sometimes this stretch of river can produce one or two good birds but after getting half way along and seeing not a lot, just a little egret and a redshank of note, I turned round. Should have gone a little further, as the diver was reported from just upstream of Kirkstead. Dang!

I’ve just read that the bird was re-found at dusk today, a little further upriver. Let’s hope it hangs around, may try for it tomorrow. This species is almost unheard of inland and amazingly is the second one in virtually the same stretch of river, talk about lightening striking twice! The other was in the early 90’s.

At Woodhall airfield yesterday the best birds were a pink-footed goose and a black-tailed godwit, more than likely the same individual that spent the early part of the winter at Kirkby.

At Kirkby the ring-necked duck and the scaup showed well. The glaucus gull is still being seen at the tip, but couldn’t locate it while I was there. 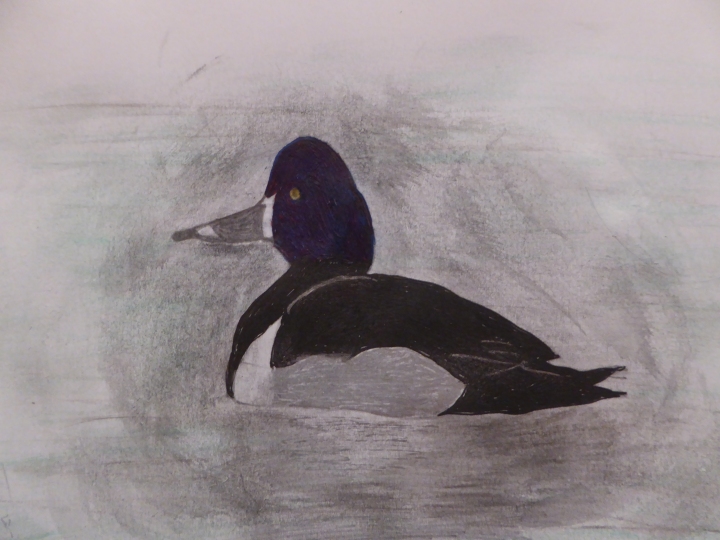 Back to today, and I nipped to Hawthorpe this afternoon. A great grey shrike was seen here yesterday. Didn’t see it but plenty of raptor action to marvel at. A minimum of 24 red kites were counted, the most I’ve ever seen here. Also 4 short-eared owls, 8 buzzards, 6 kestrels, a barn owl and a stonechat. Great place.