The water was as calm as a mill pond and, although the visibility wasn’t that good due to a bit of mist, anything on the water was easily picked up. A single shag was still present, (two last visit, 9th Dec). Like the two last time it ventured quite a way up the river. Seals were everywhere, dozens of ’em could be picked up with a full scan, their  noses sticking up in the air. Two velvet scoters flew from the south and put down on the sea. (I’ve stopped using the term ‘landed on the sea’, it don’t seem right, there’s no land there!) A flock of 33 eiders got up off the sea before flying south, then 9 more were seen, towards Freiston. Other birds  on the sea; 5 red-breasted mergansers, 6 goldeneyes, and 4 great-crested grebes. An adult yellow-legged gull was with herring gulls, first time I’ve seen one here. Much scarcer here than inland, especially this time of year.

There were thousands of waders about, occasionally  taking to the air in great numbers as a merlin hunted persistently. Amazes me how a little merlin can cause so much havoc. Also numbering thousands were the brent geese, though they were mainly a good way off, towards Frampton. The shoreline towards Freiston held hundreds of birds;  shelduck, pintail, wigeon, little egrets etc.

33 pink-footed geese flew north before heading inland.  A pair of stonechats fed from a row of fenceposts leading towards the prison. 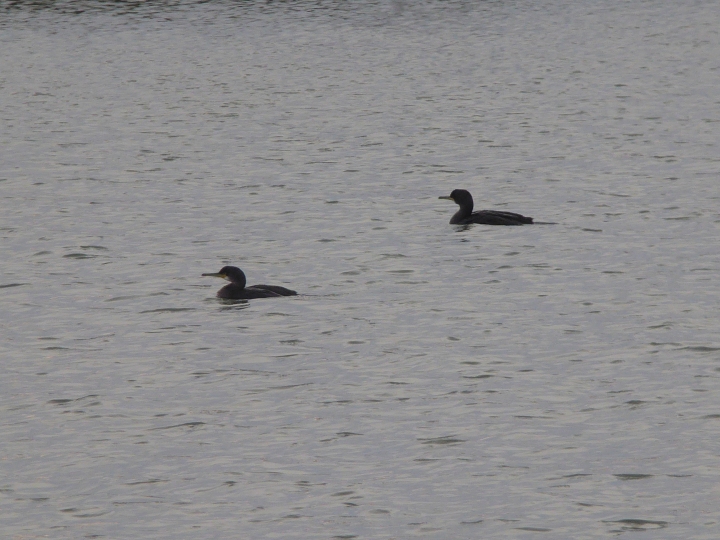 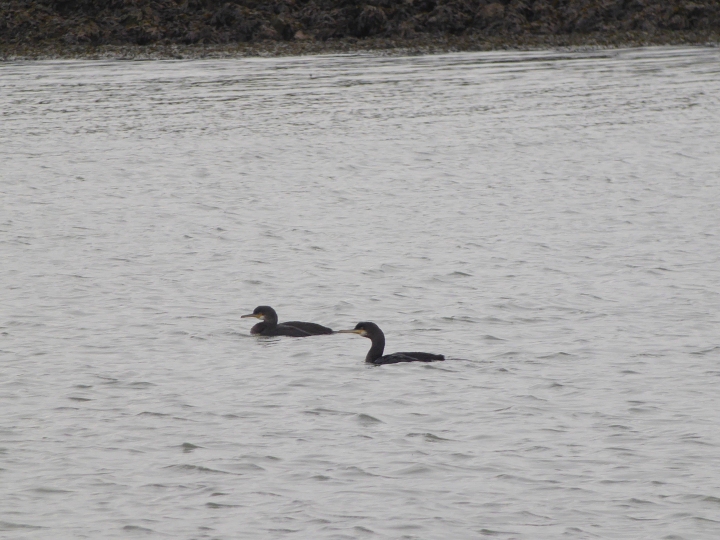 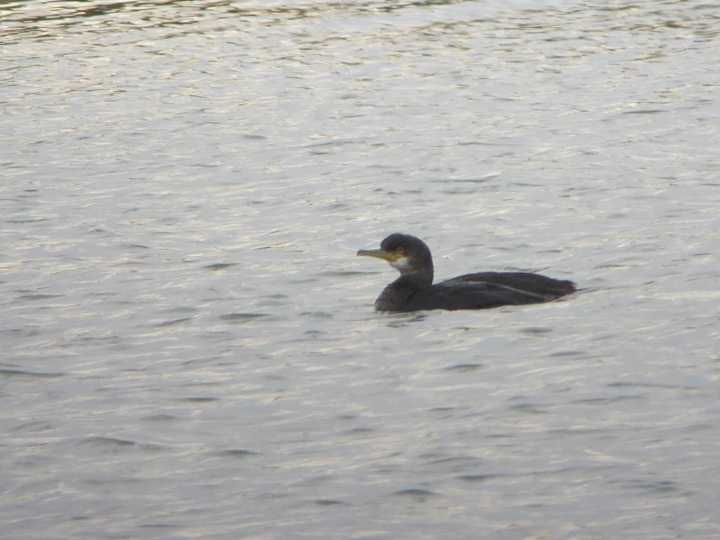 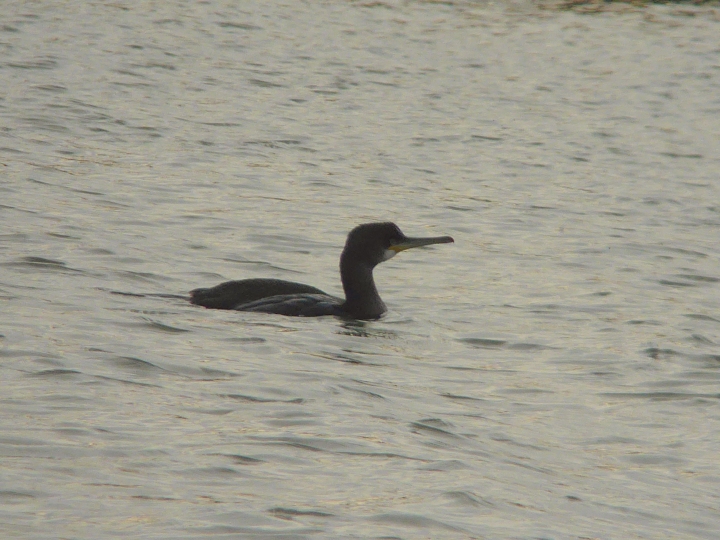