Getting out there in the field, mainly coast, as much as poss at the mo. Had a bad cold at the weekend but had to nip to Framps for the dowitcher. Easiest twitch Iv’e been on all year. It was a bit of a tick’n go job but had to be done. How many birders were lined up watching it following three reports of it ‘showing well’ and on a premier reserve in the middle of a Saturday afternoon? …Two! Classic Lincolnshire. The crowd had swollen to six by the time I left. Another good wader find by Toby-I don’t think he’s finished yet!

Mon 3rd. A seawatch at Hutoft was reasonable;

A better seawatch today, we noted a few passerines coming ‘in-off’ the sea, several thrushes, a few un-identified lbj’s, a short-eared owl and my favourite sighting of the day, a robin, battling it’s way in just feet above the waves. You have to marvel at the determination, stamina and purpose of these birds moving to better feeding areas for the winter. Probably of Scandinavian origin?

Another short-eared owl went South, behind the dunes.

Ben was official list keeper for the seawatch, neater than my notebook I’ll say.

Mid afternoon we twitched over to Frampton to watch a grey phalarope, boosting my Lincs yearlist to 226 (BOU). 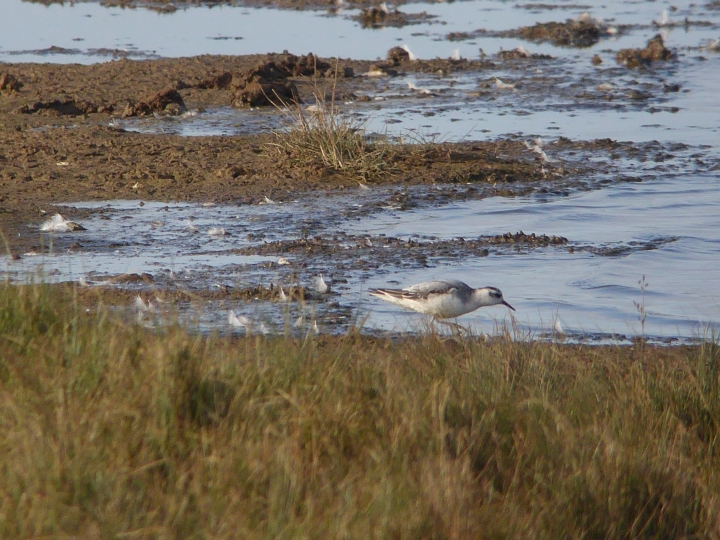 One thought on “Out there”