Took a few days of work and headed to Bath with my wife for a long weekend. I had never been there before and we selected a campsite that was close to the centre. The campsite was adjacent to the Bath Marina and it has a pub overlooking the River Avon too!

I took my camera along just in case but in all honesty anticipated that the weather would play its part in stopping and semi serious ‘birding / walking’ from taking place, this indeed proved to be the case over the 5 days (4 nights) we were away.

The campsite was as they often usually are; set in nice natural surroundings with lots of wooded area bordering the site and plenty of trees, bushes, shrubbery and grassed areas for the wildlife to thrive on.

First birds seen upon our arrival at our pitch were Wood Pigeons both on the grass and in the shrubs feeding on berries in the latter. The first heard was a melodious Blackcap belting out its tune on the other side of the campsite near the reception area. It’s amazing how the sound of birdsong carries isn’t it?

Our pitch was close to a small ‘copse’ for want of a better word, this was at the back of our van and soon Coal Tit and Goldcrest and later on during the break Long Tailed Tits were heard and seen flitting around the conifers.

Behind the motorhome and awning was the spot where the Coal Tits, Goldcrest and Long Tailed Tits were seen.

The first chance I got for a wander around the site was to the spot where I thought the Blackcap would be, I soon heard a short section of birdsong, initially it sounded like Garden Warbler (bird sounds / calls is on my long list of things I am not too good at in this hobby!) but after about 10 minutes the full version of the Blackcap song resounded around the shrubbery. Another 10 minutes and the bird appeared albeit it fleetingly, I managed a couple of shots through the vegetation as it skulked around.

The regular bird in the conifers behind our pitch was the Goldcrest and I managed a few pics after a rain shower as it moved guardedly around its home seeing if the shower had dislodged some food for it. 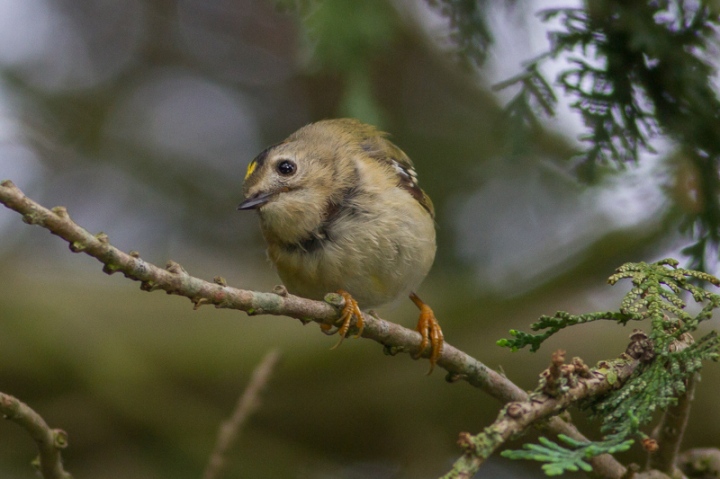 Other opportunities to photograph the other birds on site were limited due to the showers and poor levels of light with heavy dark clouds being over head for long periods. I did though see Jay, Great Spotted Woodpecker, Magpie, Robin, Dunnock, Blackbird, Feral Pigeon, Blue and Great Tit and a couple of fly pasts of a wonderfully coloured male Bullfinch, just could not find him to try to get photos of sadly!

The evenings rang out with the song again of the Blackcap, I did find another lively male in another part of the campsite and at least 2 Song Thrushes, what a sound it was to as both species were in close proximity to one another and seemed like they were competing with each other.

One evening I saw a Song Thrush atop a telegraph pole belting out his song and managed a few clicks before he dropped into a bush to carry on singing.

Now if you refer back to the photo above of my good lady relaxing in the awning on a rare occasion it was not raining or cloudy while we were away you will see an empty chair with a beer bottle in it!

Well it was from there that I had lovely views of the Goldcrest again and also a group of about 10, possibly more Long Tailed Tits. 1 Tit in particular was obviously curious about us or maybe my bottle of Stella! As it at one point came and landed on an awning guy-rope only 3 feet away for a second to see what we were doing. Luckily I had my camera to hand and got these shots… 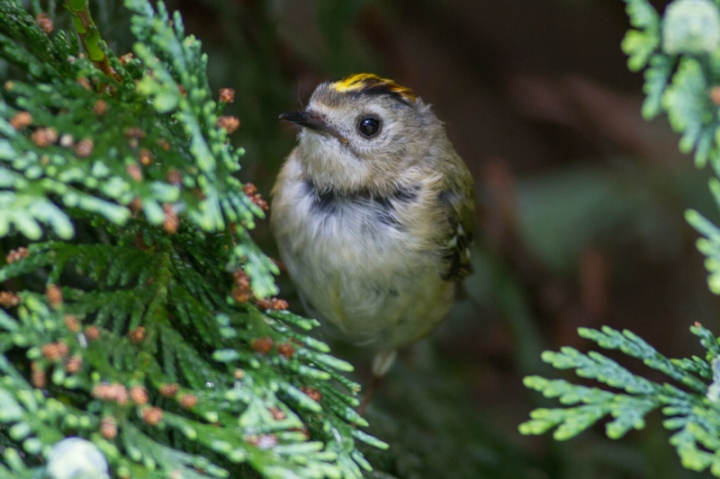 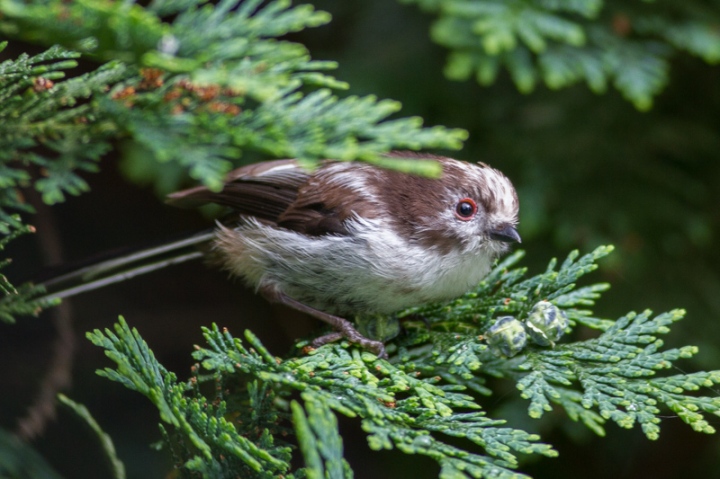 So I did not as much time with my camera as I had hoped to also have had a couple of riverside walks but the weather played its part in stopping that idea but its still great to enjoy what you see and record a little of it isn’t it?

One thought on “Bath for a few days”