Dean Nicholson texted me as I was heading to Marston – he’d found a first summer Caspian gull  up the road at Norton Disney. Foot down, I was there in a jiffy and Dean had it in his scope. It was a beast of a gull, a male almost great black-backed gull sized. We had a few good birds in the next couple of hours, most of them picked up by himself, I hasten to add! Two 1st summer yellow-legged gulls were there and he’d had a couple of turnstones earlier. A hobby flew through. We then went to nearby Thurlby where a couple of arctic terns were feeding with about a dozen commons. A black-necked grebe was nice and a cuckoo flew close to us.

I had to leave but later on Dean enjoyed some scintillating visible migration action, with a load more arctic terns (60+) dropping in, in groups of up to twenty odd, a lot resting on the water before carrying on Northward.

Nipped to Marston for an after dinner spell in the evening, where I met Trev Lee. A greenshank on the scrape was a good bird here these days. We had a great view of a hobby and best of all a short-eared owl glided over the reedbed. 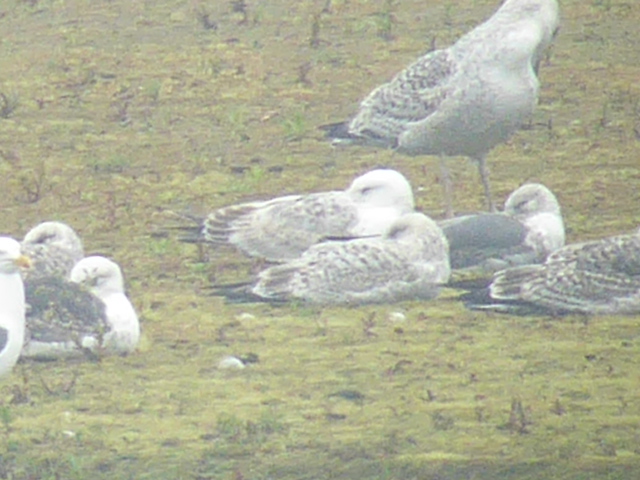 2 thoughts on “Couple of hours with the Gull Guru.”