The smart male black redstart found the previous day was still around the bunkers along the wetland trail. Feeding from the fence posts, it would disappear as walkers went past and proved quite elusive. 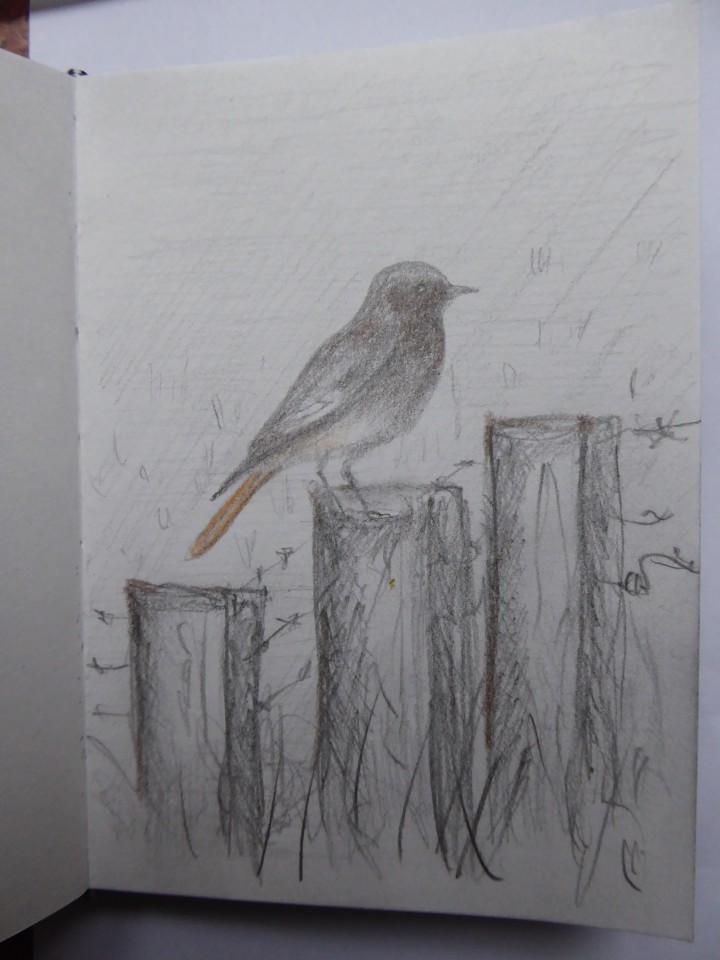 We took to scanning the brent flock and found at least two pale-bellieds among the dark bellieds. Also one bird with a white head that I first saw in January.

A drake scuap, presumably the one that’s been at nearby Frampton was on the reservoir along with lots of displaying shovelers.

An early build-up of about 300 black tailed godwits was impressive. At least a dozen corn buntings were in the seed field and a barn owl put in an appearance towards dusk.

One thought on “Freiston shore”