Revisited a place near Brandon where in the past I have had good views of Little Owl, this all down to my friend Steve G (not Gerrard!) who told me about the bird sometime back.

With the weather being pretty decent light-wise if a little windy I thought I would take a look to see what was about and oddly enough Steve G said he was going for a look there too today. I got in place first and the bird was soon spotted in one of the roadside trees it seems to favour – do not know the species of tree – am doing well just knowing the species of bird! 😉 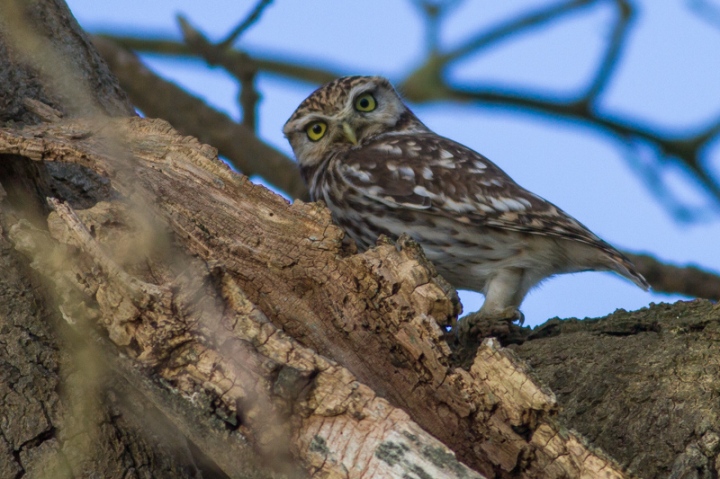 The Owl then moved to another side of the tree it was in and I inched my car around to get another pic or two of it as it studied me with those wonderful eyes. This time I was closer to the bird as it had dropped down to a lower branch. 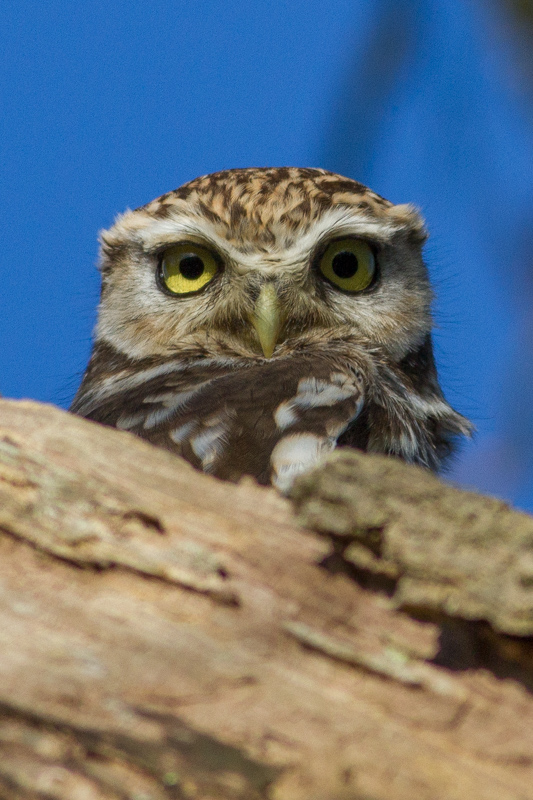 Steve and his wife arrived just after the bird had moved up to a thinner and higher branch, it was fighting the gusty wind a little and after about 20 minutes it flew down the road to another large tree it seems to like, no surprise really as they look old and have plenty of nooks and crannies for the bird to settle into.

We drove down to the tree the Owl had chosen and we could not see it , Steve and his wife, then headed off to Marston for a look around. I followed them down to some farm buildings and turned back as I decided to give it another few minutes before heading home.  Upon my return to the second tree the bird was visible, well half of it anyway! It never moved and I managed a few more images still sat in the car.

Only an hour in total at the location but a pleasant hour with lovely little species of bird, here’s to the next time!

One thought on “Little Owl”