There were masses of brent geese in the area this afternoon. At one stage, at the low tide mark, some 5,000 all joined together, sitting and swimming in the river. Quite a sight. Later on I estimated even more, as a probable 7 or 8,000 maybe more, gathered in a field near the north sea camp. Much scanning produced the hoped-for Black Brant, the first one Iv’e ever found myself. It was very easy to pick out in the low light, even though distant. A pale-bellied brent popped up too. 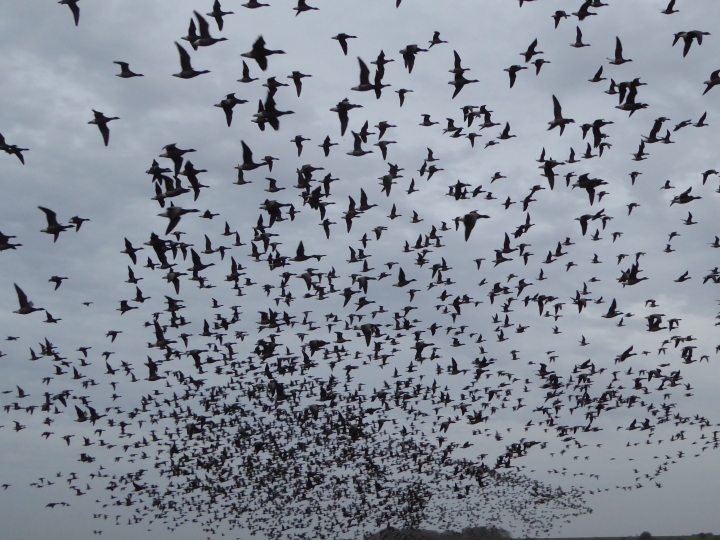 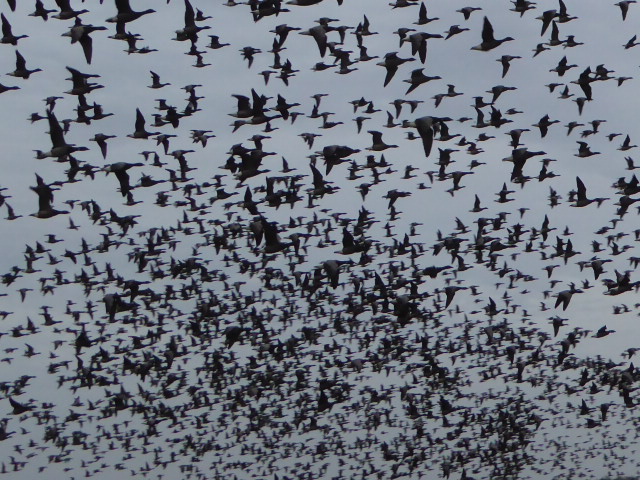 At the mouth a couple of scaup were the best birds. A merlin perched on a post in the saltmarsh. A single eider, a goldeneye and lots of pintails were noted along with lots of waders.

Earlier at Frampton it was the normal bird feast. 2 peregrines hunted the grasslands and caused panic among the flocks. 2 spotted redshanks showed very nicely from the sea wall. A kingfisher fished in a dyke. A kestrel did well to catch and eat a starling. 150 pinkfeet fed on grass. 10 ruff joined hundreds of lapwings. A flock of 50 reed buntings unfortunately did not contain a lapland bunting.

2 thoughts on “Black with brents.”