Another search for the Azorean gull was in order this afternoon so Kilvington was the destination once again. The misty, murky conditions weren’t the best. I bumped into Edmund Staunton who birds here most days. We scanned west lake but there weren’t many large gulls, three red-crested pochards showed nicely. Still a few yellow-legged gulls here.

We then noticed quite a few gulls on the east lake, though they were a long, long way off and very difficult to make out in the fog. I noticed a bird that appeared ‘hooded’ so we moved a bit closer. Photos were out of the question from this distance. When we got to the old railtrack it was slightly disappointing when ALL the herring gulls appeared to have hoods. The low light, now fading was causing this effect (Most had some streaking). We moved a bit closer still and then clocked the target. It was there! I edged closer still while Edmund stayed with it in his scope, we wanted to see it in flight, too. The mist seemed to give some cover as I approached, somehow the gulls weren’t too bothered and I managed a few digiscoped shots. Then the darkness and thicker fog descended and that was that.

This was the icing on the cake following one of the most exciting weeks birding I’ve ever had, locally. Tune in tomorrow for some pics of a totally unique gull I saw this morning at Denton res. 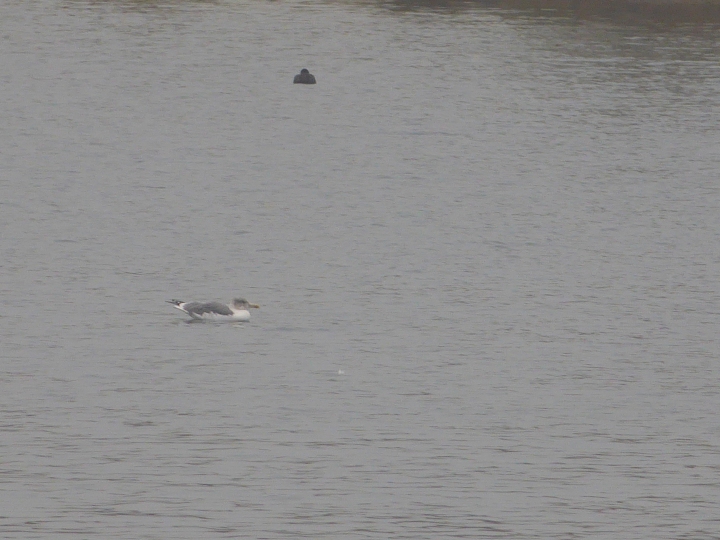 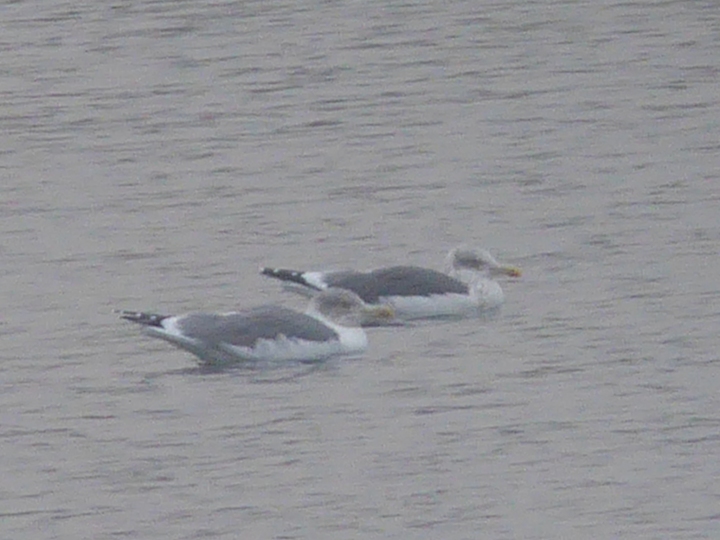