Yesterday Dean Nicholson and Colin Scott were gulling at Kilvington lakes (over the county border, in Notts.). They had found the putative Azorean yellow-legged gull that Ben and I saw on Monday at Marston. I arrived after it had flown off but it was good to catch up with Dean and Col.

A few yellow-legged gulls were still around and Deano picked out a first winter med gull (quite rare here). Col got some flight shots of the Azorean which can be seen here.http://nottsbirders.net 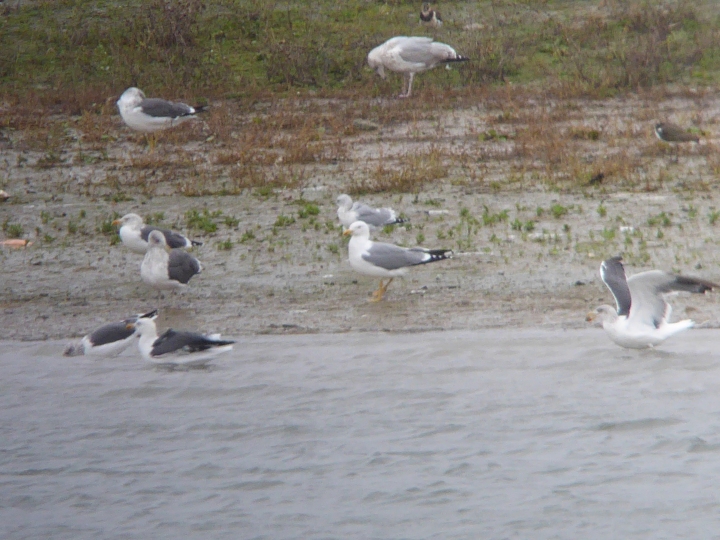 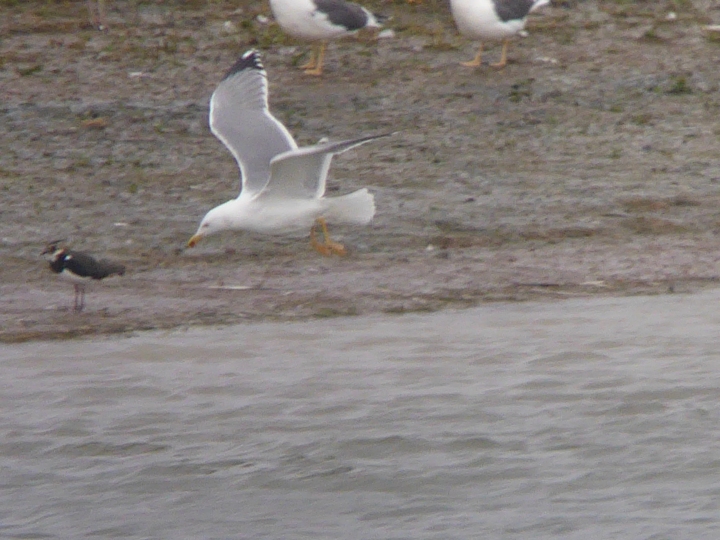 A lesser black-backed gull really caught my eye and had me thinking thoughts of ‘fuscus‘ or at least ‘intermedius’ types. This particular bird looked very small (female?), probably not much larger than a common gull. Overall it appeared very slender, quite unlike any of the lbb’s close to it. The bill was also slimmer and smaller. Wings looked long and primaries very black. Nice bird. See in one pick nearby gulls for size comparison.

The Azorean never showed up. This lesser black-backed showed a dark ‘hood’.

This lesser black-back was here again. Yesterday Dean was surprised at how late it was to still be in full juvenile plumage. Smart bird. 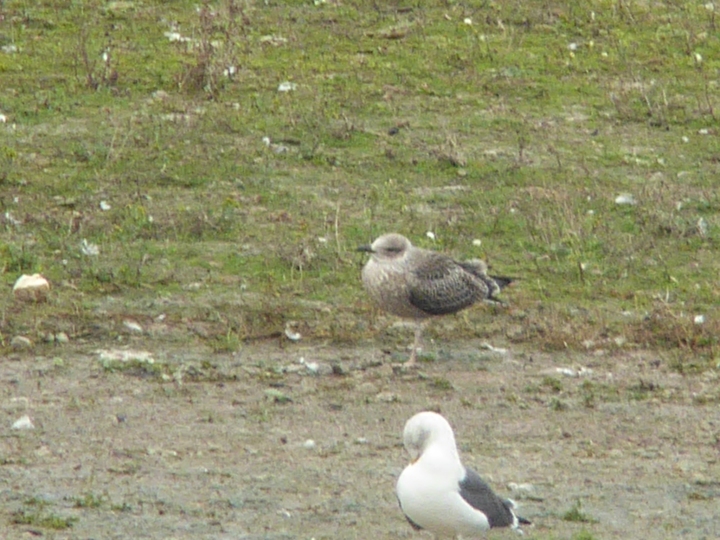 3 thoughts on “Gulling the day away.”