Having decided to search for migrants the day turned into a duck watch after not seeing a lot of  bird movement.I was on patch soon after sun-up and quickly got on to the long staying garganey. (This is it’s 44th day here and is the longest stayer in the country.) Almost as soon as I’d focussed my bins on the bird something spooked all the wildfowl and everything took flight.

I wanted to track it down again to see if it looked any different from the last time I saw it but it was hiding. Marston has so many areas that are inaccessible, it’s really frustrating sometimes.

I stuck at it and ventured into some dense vegetation off Hougham mill lane to view a pool where I’d cleared a viewing spot earlier in the summer. I was amazed to find a whole bunch of ducks; 60+gadwall, 80+teal, loads of greylags and…..a pintail. Great stuff, this was my first here since five stayed a while during very cold weather in Feb.2012.

Just as with the garganey earlier, the pintail soon took flight after a minute or so. I assumed it to be a female. This is the only photo I got at this time, as it flew off strongly northwards. 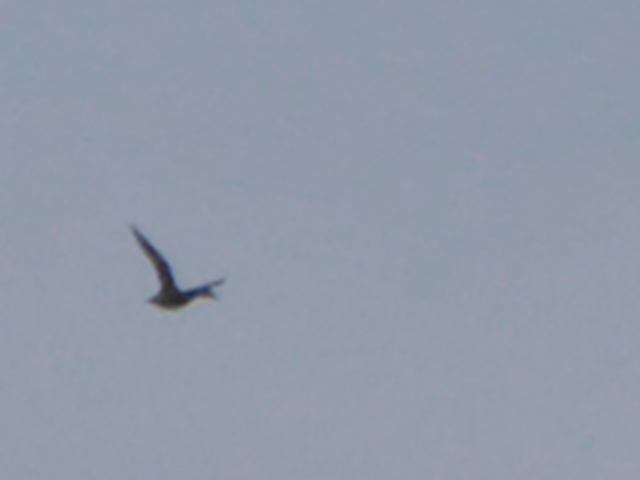 It was a couple of hours later when, checking the scrape again, I found the pintail settled on there. Now I was able to get a good look at it and from the mottled, speckled patterning I decided it must be a juvenile.

Seven hours after seeing the garganey, one last look at the back pool and bingo! the garganey was there, having a good old preen. This juvenile has a very well marked head pattern. I’d previously thought that it must be a young drake, but Trev observed it calling the other day and deduced it to be a female, the calls of the sexes differing. Today I managed some open wing photos and the broad white trailing edge to the speculum would seem to confirm this. (Broader than inner edge, roughly equal in male.) 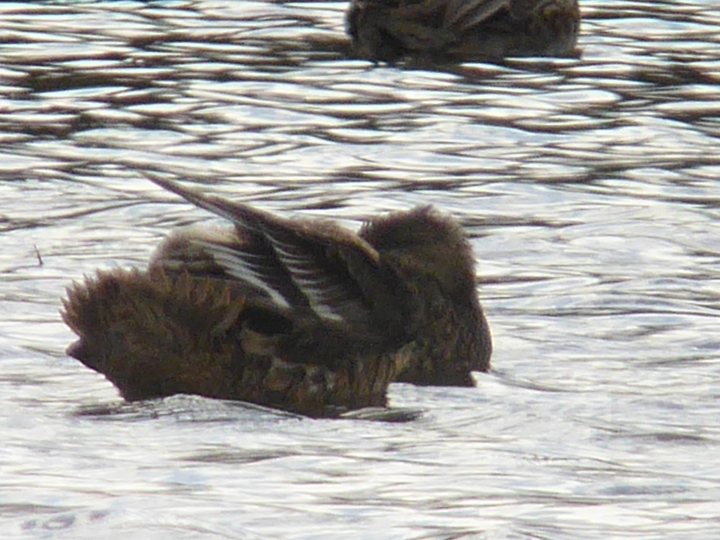 One thought on “Duck observations at Marston.”