Heard from Steve Godson who had heard from the ‘master’ Dave Roberts about the Wood Sandpiper at Marston STW and so on Saturday morning got up early and headed off there. I got there just after 7am on a gloriously sunny morning, that was nice but this would no doubt create problems trying to get any photographs of the bird if it was about; as the sun was directly shining into the front of the hide.

Well soon enough the near empty area in front of the hide was echoing in the early morn to the calls of at least 5 Green Sandpipers and soon I saw my 1st ever Wood Sandpiper it was very active and moving to different sections of the scrape and even chasing off the other Sandpipers it came into close proximity with.

There was a lot of activity close to the hide too with a few young Blue Tit, Great Tit, Blackcap, Wren and I think Chiffchaff all feeding in the vegetation around the hide. I got to also see what I believe to be my first sighting of a Treecreeper close to the hide too. 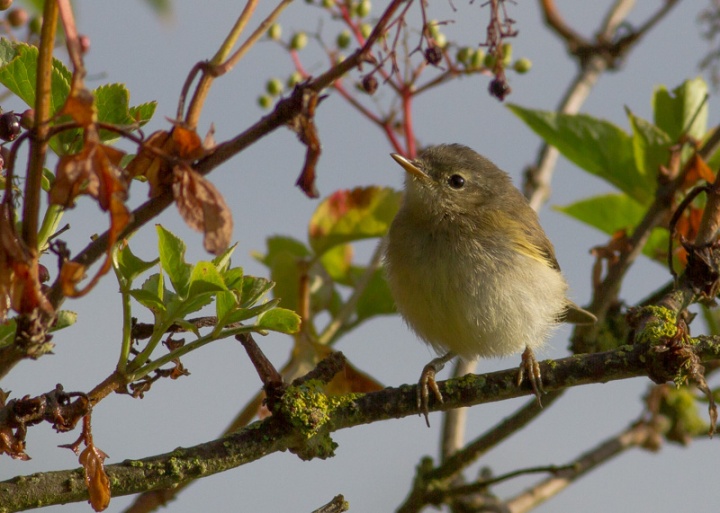 The sun was an issue as expected I then messaged the ‘Marston Massive’ to let them know it was still there and soon I was accompanied by Steve Godson and David Morison, great to catch up as we watched proceedings. I did also see fleetingly a Common Sandpiper on the small island to the left of the hide so 2 species of Sandpiper in one day, not too bad.

Before the lads arrived the Greylag Geese circa 250 that were in the first field on left when walking to the hide were all spooked and took noisily to the air and what a noise! I snapped away with my iPhone as the birds looped around above the scrape calling continuously, this as you would expect scared all the waders away to different areas.

Grey Heron, Little Egret, Little Grebe possible 2 Gadwall and about 15 Curlew were seen on and above the scrape too.

The photographic trio persevered against the light and took a few pics as the Wood Sandpiper came as close as it dared, my best two images shown below, I did call back in the afternoon to see if better pics could be obtained with the sun in a better location but sadly along with a couple of other birders Elliot being one, the marauding Greylags had taken over the scrape and only 1 Green Sandpiper was to be seen keeping well away from the geese. 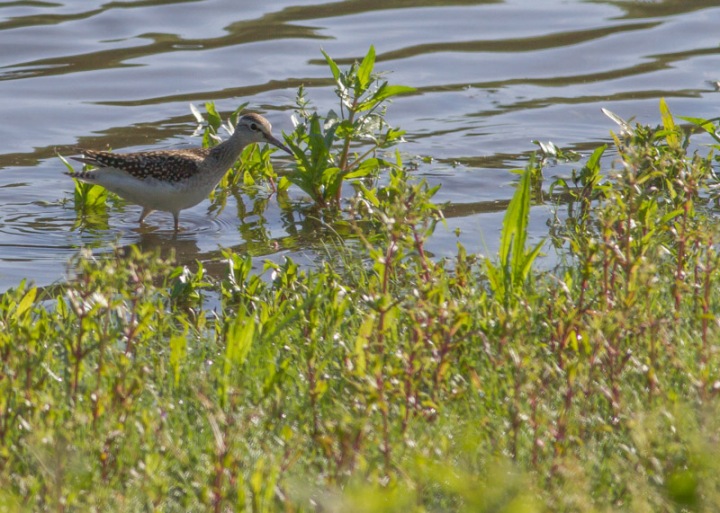 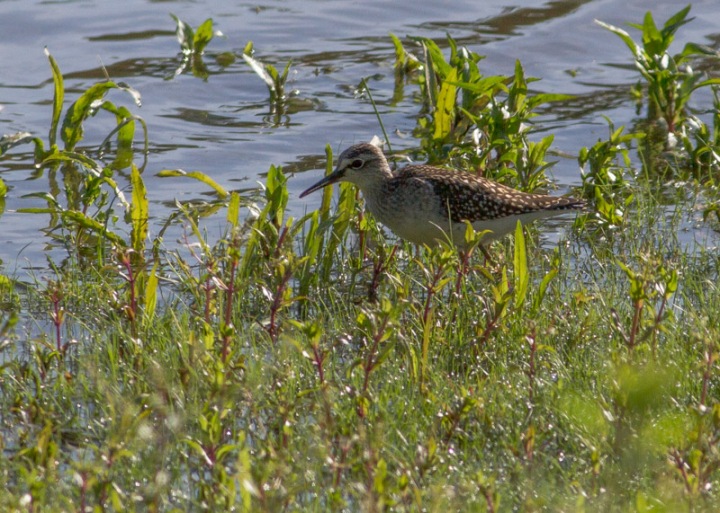 I got home to find these 2 Dove species basking in the sun, nice end to a nice day.

Sunday was a drive to Willow Tree Fen with Steve Godson to see if we could get lifer number 2 of the weekend! Well in short we did, within 5 minutes other birders put us onto the bird, which was a long, long way away. We spent a couple of hours seeing the bird, mostly at great distance but with the odd closer flypast.

We both felt our record shots from a long way off would be the results of a still enjoyable time at a new venue for both of us. After leaving a hide where we had seen the RFF fly around and past us we saw that it was located next to the main track to the car park virtually in the same place we had stood on arrival for 15 or so minutes surveying the area and watching the bird! We also saw 3 Snipe from the hide Kestrel and Sedge, Reed Warbler and Reed Buntings.

The RFF was in a location that was not easy to get onto with the camera as it was behind high grasses boarding the track. But the following images were achieved and I am happy with these considering things overall. 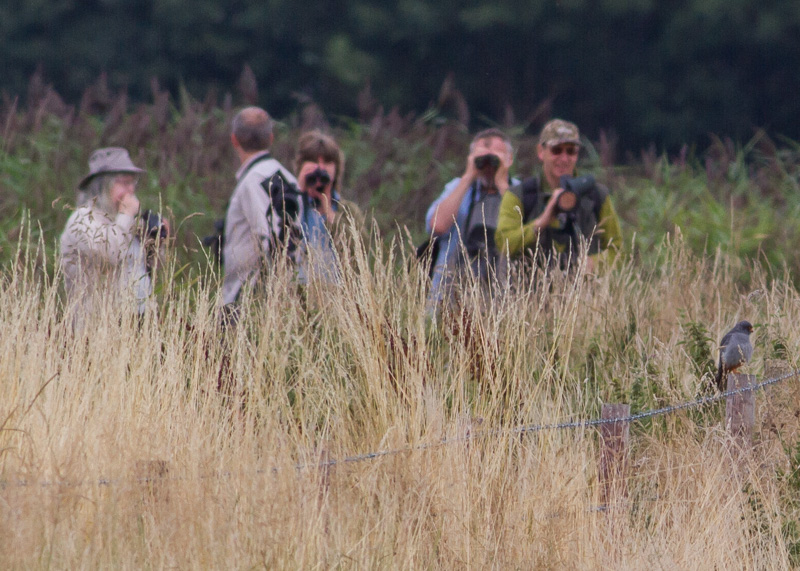 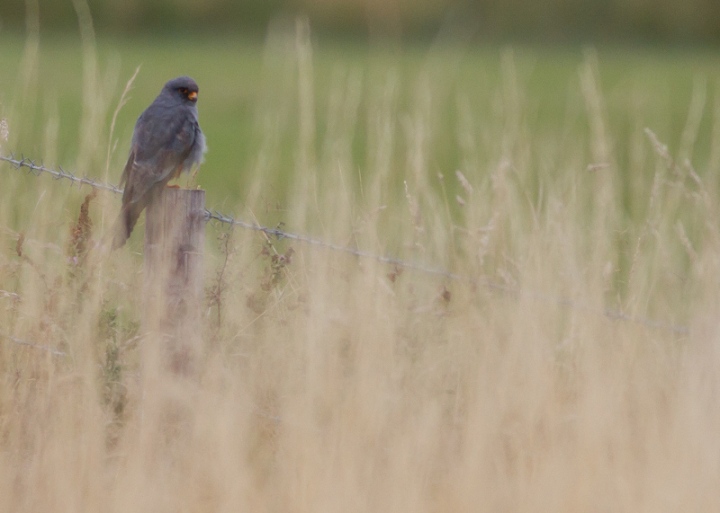 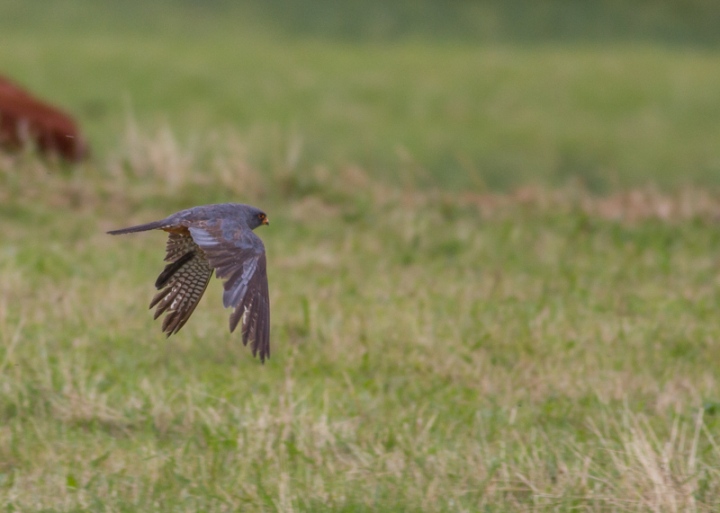