Finished work in time for a wander around the local patch was planning to take a look to see if I could see all the different Wagtails near the now re-named Old Barn hotel.

Arrived to find 4 birders staring forlornly into the field that was bereft of any sheep let alone Wagtails of any type! A quick chat and off I went to have me wander. Upon arriving in the car park I recognised the lone car already there and so called our Dave R up to see where he was “I am with the Blue Headed Wag mate” was the reply; so off  I went to catch up with Dave and Spadge who was there also.

You guessed it when I got there it has flown off! The other 4 birders from Derbyshire arrived soon after and after a little looking with a few more pair of eyes with no success I decided to go up Viking Way, in short nothing about of note apart from a Gadwall near the Willows in the middle of the reed bed with some Mallards.

I met up with another birder Steve, busy place Marston today! and I told him where the lads were, I made me way back and after a few minutes the bird was located, had about an hour with Spadge, Dave R and Steve and got these distant pics of a lifer for me.

Good numbers of Wagtails were seen by all, Pied, White, Yellow (in differing shades of yellow) and the Blue Headed bird.

We finally decided to get home for us tea and guess what Dave R spotted a lively looking Wheatear in the grass field off Viking Way in the middle near a stack of pallets, Dave R does it again!!

On the way home called into see if I could spot a Kingfisher or two and sure enough saw a male and even managed to get a photo too, see below end of a good few hours on the patch. 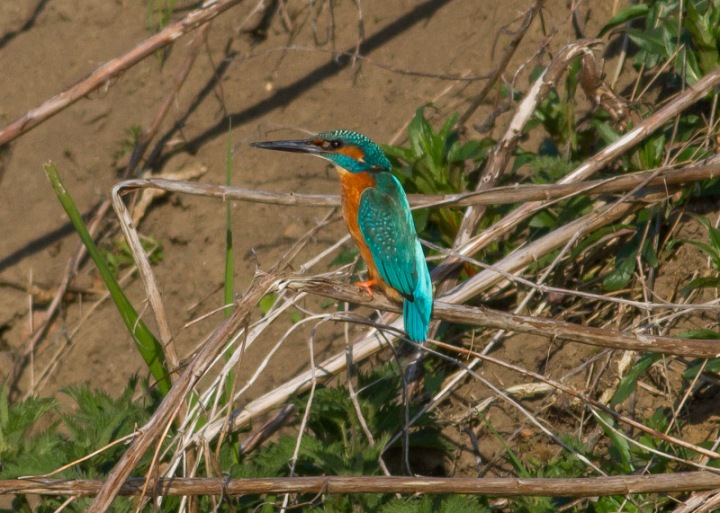