I was on my way over to Frampton when a text came through from Spadge, he’d got a great-crested grebe on the scrape at Marston. They are almost unheard of here, (pectoral sandpiper is more regular!)  Well, I must be bonkers, instead of the prospect of a good day of birding at the coast with scarcities, raptors and seabirds, I headed back to Marston to get gcg on my patch list. Twenty minutes later another text came. Oh no, the bloody thing had flown off! I wasn’t surprised, it must have come in overnight and thought Sod this, there’s no fish in here, I’m off.

I checked all areas of water in case it was hiding in the reeds or something but no luck. The greylag goose flock held three leicistic and a pure white one along with two pinkfeet. It was good to catch up with Spadge and Trev as we sat in the hide.

There are signs of change, with water rail numbers falling, over-wintering chiffchaffs moving on, coots returning and displaying. Shelduck and oystercatchers should be seen shortly.

The Framps visit was abandoned, instead I headed to Norton Disney and Thurlby pits where there were plenty of wildfowl and gulls, nothing extraordinary but I did see a few nice great crested grebes! 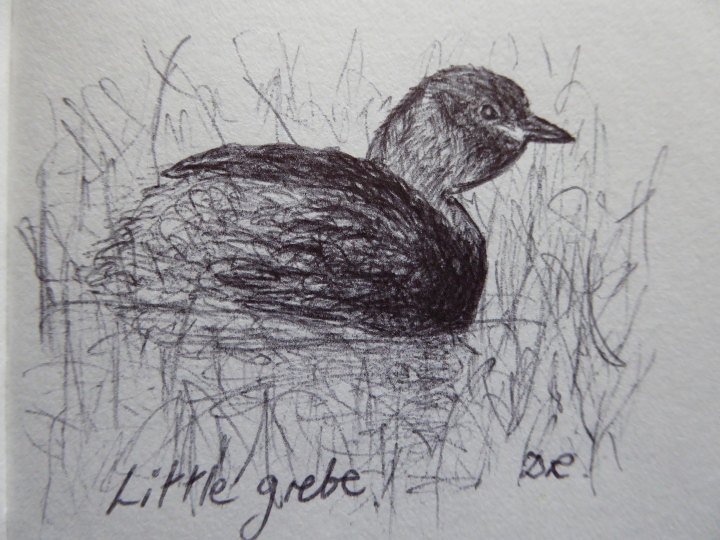