Today I had the opportunity to do a little local birding due to work being cancelled because of the weather / road conditions this morning in Derbyshire. So ……. I headed to Marston STW for about 11.30am for a couple of hours, main aim to see if I could get a shot or two of the sites wintering Stonechats as my last to trips to try to catch up with them the birds turned out to be no shows!

I go to the usual spot on the bridle path crossing the site at the works end off Viking Way and within a couple of minutes a male posed briefly and pretty close in the sun before moving followed by a female across the bridle path into another section of reed bed, these 2 birds then disappeared totally for about 20 minutes.

While waiting I saw other birds both along Viking Way looking at the occasional sighting of Water Rail in the collapsed reed bed back towards the hide part of the site and 6 Glorious Bullfinches overhead. Two other birders were seen in the area where the Reed Warbler & Chiffchaffs are being seen at the moment. Also the usual group of Curlews, I counted 18, were circling above the field along Hougham Mill Lane they seem to favour. A skien of around 50 Greylags were seen also later on in my visit. The Stonechat male appeared once again in the area the pair had moved to and posed further away than before again for only a little time.

I moved round to stand on Viking way to get the sun on my back and waited for the bird/s to re-appear and saw the male bird for a few minutes , watching as it moved slowly but surely closer to me then a Blackbird yelling out it’s alarm call went right over the Stonechat’s head forcing it deep into the reed bed.

Mike and his Dad (photographers from Sleaford way) came along and we had a chat but sadly the birds were not seen again by me before I made my way back to my car. While Mike and I were talking a Sparrowhawk flew low and fast being mobbed by Corvids over the reed bed, stunning sight, it happened all too fast to get any where near a photo of it!

I was driving home and after going under the second railway bridge towards Barkstone I saw a few Fieldfares in a field on my left and as the road only had me on it I stopped and looked into the field and saw about 100 if not more Golden Plover. I was on the wrong side to get pics and so turned around and then used my car as a hide and got a few shots of a species I do not see too often especially this close (the nearest bird was about 80 feet away!) 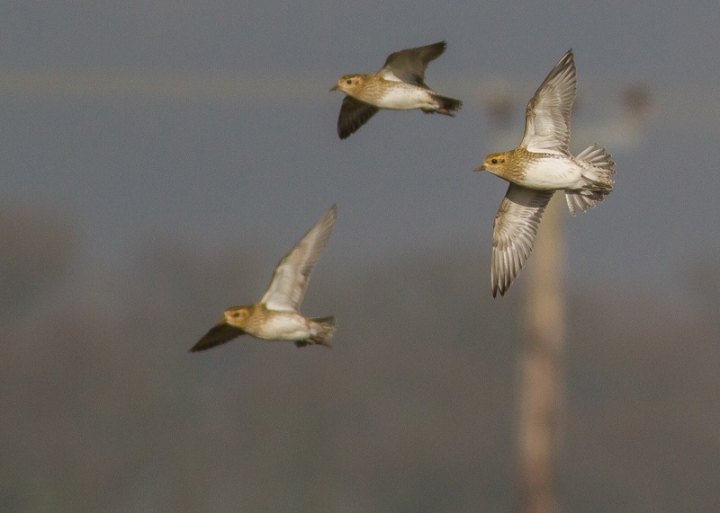 So a pleasing couple of hours down the local patch.

One thought on “Bonus 2 hours @ Marston”