Another walk around Fillingham Lake….

I had pondered going somewhere else on Sunday, however the day was going to be bathed in glorious sunshine and I couldn’t resist familiar ground with the hope of getting some better images of the Goosander on the lake. Hopefully they would be there.

Shortly after my arrival, enjoying walking along one of the hedges in the peace and quiet…. BOOM…! along comes Pippa, Pippa was bombing everywhere to the constant calls of her name. So I buried myself up close to the water’s edge deciding  to sit for a while and let it pass. Most of the birds were over the other side of the lake and I guess I knew that Pippa would do her stuff. I could see a couple of female Goosander through the bino’s and I was hoping there would be more. Also my first sighting here of a Goldeneye (F) and the rare appearance of a couple of Widgeon.

Fifteen or so minutes later the ducks and geese took flight as if to the sound of a gatling gun. I let go of the bins and pulled up the camera not really knowing where to point it. There followed 5 minutes of chaos, 100 or so Greylag, 50 or more Canada’s and almost every duck and the Goosander took flight scattering in small panicked squadrons. 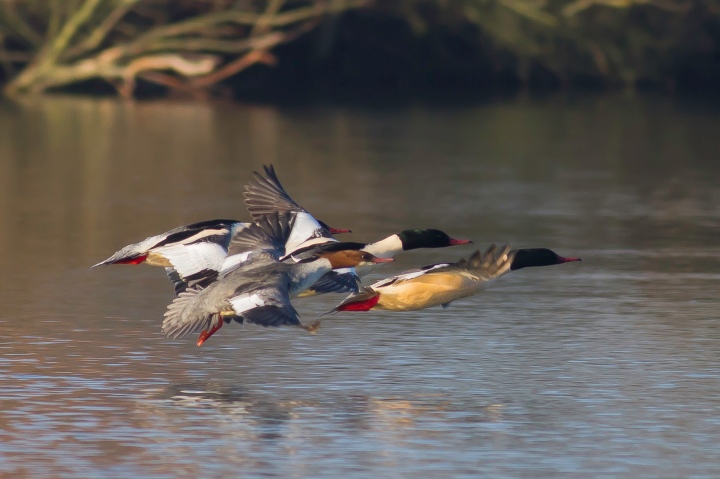 For as much as what Pippa was in a pain in the…. she did provide a small spectacle which, in a form was appreciated.  Things did return to normal although 11 of the 16 counted Goosander decided on a longer break.

It was a grand colourful day and the light on the birds was just perfect. It may be cold but wow, you gotta love the winter sunshine.. 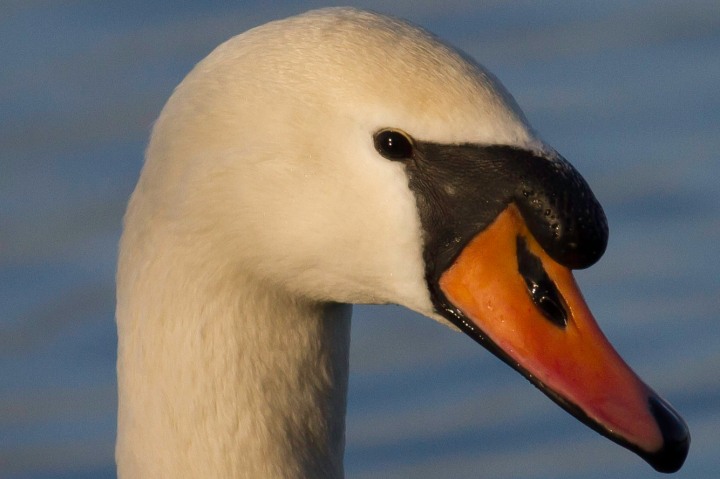 One thought on “A Sunny Sunday.”