This mega from Asia, (third UK record) was found on Thursday. I had everything crossed in the hope it would hang on and was off like a shot when news was put out at 07.30. I missed the South Shields bird in 2009 so it was good to connect with this one.

The journey up wasn’t bad, got on site just after ten. A couple of red kites flew over the motorway.

Apparently similar to yellow-browed warbler, it was really quite different in many ways. There were some similarities to arctic warbler, though much paler below and better marked. When it showed it stayed in one spot, quite unlike those annoying, fidgety, flicky y b w’s. We got good views.  The clicking of shutters from the birding paparazzi were  all around. I even managed a couple of shots on my compact. 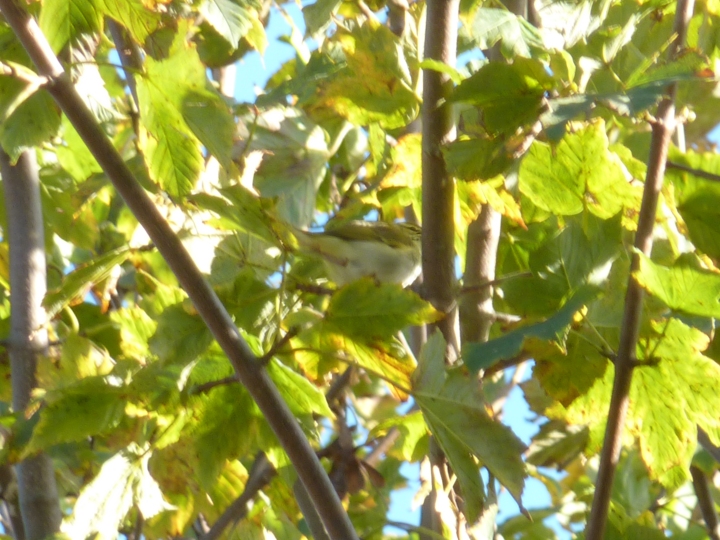 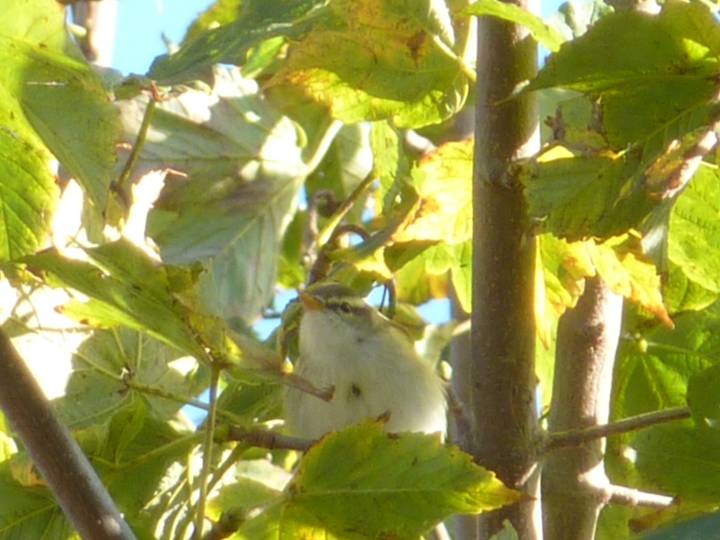 On the way home I spotted an ‘Eddie spotter’,- you know, those Eddie Stobbart truck spotters adorned with bins and camera, hanging about on bridges waiting to tick offf lorry names as they pass. Well to relieve the boredom I got a couple of ticks, Elizabeth Marie, I think one was. Would this be my latest list? would I be hooked? Aaaargh! I pondered the differences between a thundering juggernourt that had probably set off from a depot in Leeds and a delicate leaf warbler, a million times lighter that had possibly started off in Vietnam…. Sorry, Eddie.

OMG, a blackpoll warbler has just turned up at Easington…

One thought on “Eastern crowned warbler”