Had a superb couple of hours ‘vis-migging’ this morning. Flock after flock of redwings, groups of from a few birds to over 100. I reckon I must have seen over 2,000 altogether, all from the same direction (heading SW). This ties in nicely with reports from the east coast this morning, where thousands have been pouring in. Still no fieldfares though.

At the same time similar groups of starlings were coming in, but from an easterly direction. ( I havn’t checked yet to see if we have a reedbed roost like last year).

Also a handful of skylarks, around 200 lapwings going west, 70 golden plover and a flock of about 600 woodpigeons south.

As I was scanning for flocks I picked up a distant line of 13 swans over Gelston hill, heading southeast, Whoopers! Great stuff. 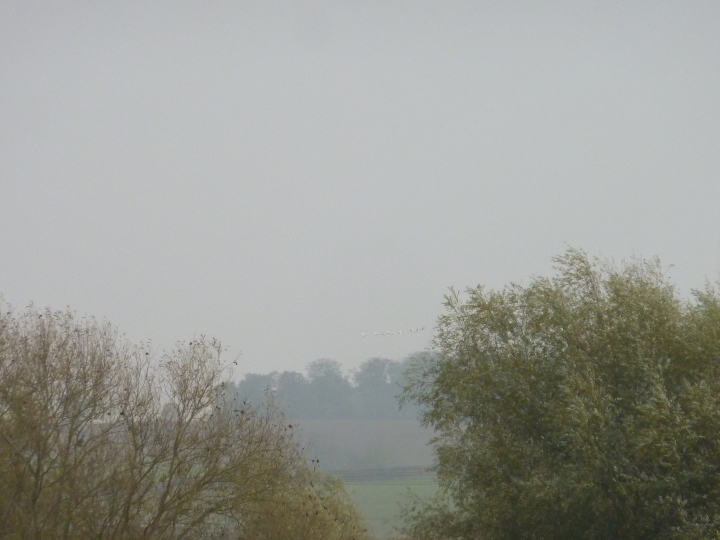 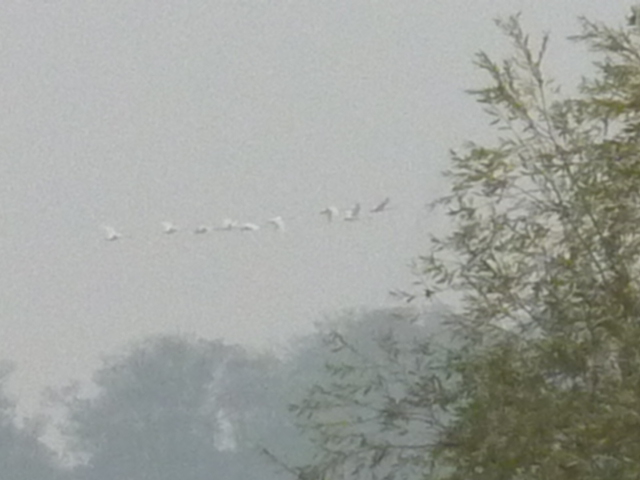 All the action was over by 11.30. Great to see so many birds here for a change.