A day off work gave me the chance to drive over to Frampton for a couple of hours this monday, weather forecast said that it would be best in the morning so off i went. It was a bit misty all the way across to Boston with the sun trying its best to burst through the clouds.

A look from the track leading away from the visitor centre to the wash gave me Wigeon, Mallard, Coot initially and then a few small waders in the middle of the scrape looking towards the Reedbed hide, these turned out to be Ringed Plover, Curlew Sandpiper, Lapwing, Ruff and Dunlin (I think?). I got better views while on the track leading to the 360 and Reedbed hide.

Goldfinches were busy up and down the bank on this track and when making my way to the 360 hide (always my first port of call) I saw a Little Egret feeding and named this shot over and through the bank vegetation. 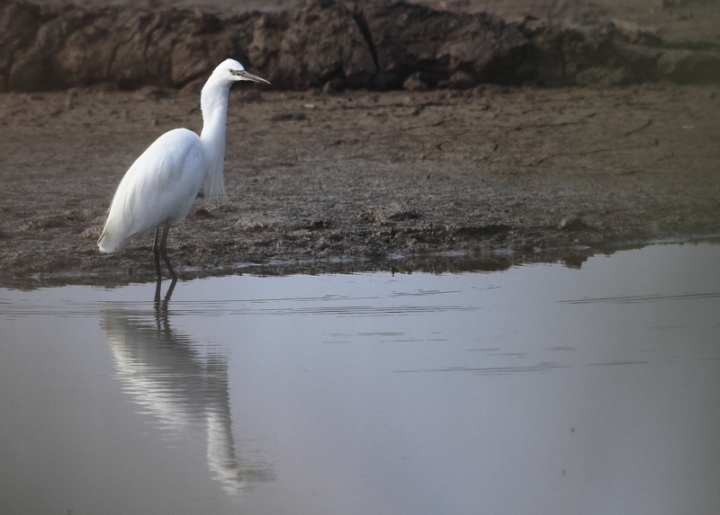 The Egret was feeing very close to a lone and smart looking Ruff in this area too. I moved into the 360 hide the sun was slowly breaking through but not as fast I would have liked from the 360 hide I counted 7 Little Egrets in my view at once and got this photo of two feeding side by side.

A small skien of Canadian Geese flew towards the visitor centre from the direction of the East Hide, as you can see in the photo below the light was still a bit mucky! 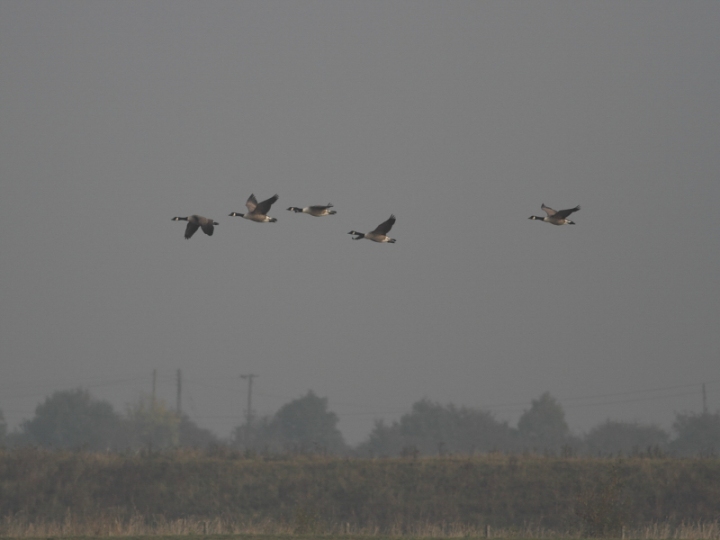 I spent 40 or so minutes in the 360 hide and saw little movement in the air apart from a group of around 50 Linnets who were actively moving around the grassy areas in front of the 360 hide to find the best feeding spots. A couple of Meadow pipits were seen in the same area too. Looking from the 360 hide towards the East hide I saw about 40 Ringed Plover dotted around along with half a dozen Cormorants and some Teal and other dabblers.

I was looking for any skyward action thinking “Peregrine soon maybe!” and soon all the birds got up together and the Cormorants circled slow and low away from the reserve, the Plovers went off like rockets joined by about 30 Golden Plover and some Dunlin and Ruff. I scoured the air for a Peregrine but saw nothing, bugger! did I miss it? then into view came 2 Kestrels, I don’t think these would have put the birds up do you?

I moved from the hide and stood outside the Reedbed hide as there was still a number of birds flying around by now, Wigeon, Mallard, the odd Egret, and the Dunlin, Golden and Ringed Plover too. I also got my first views of the day of a small group of Black Tailed Godwits, nice! Some pics below. 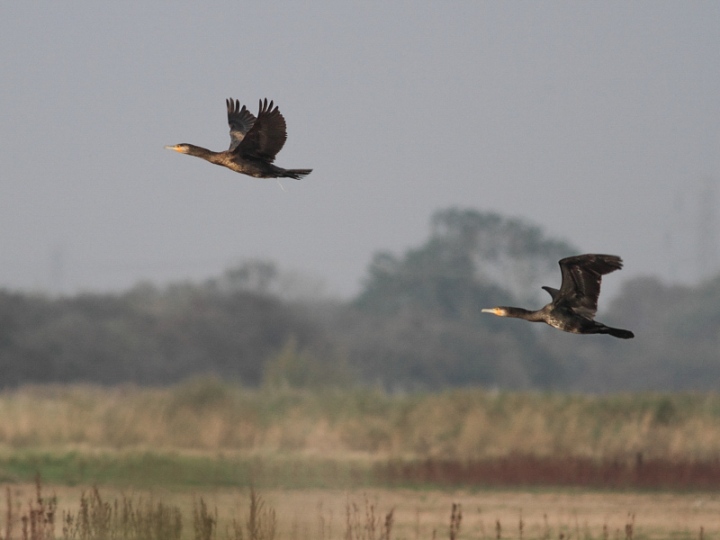 I hung around a while as by now the sun was a shining 🙂 and saw 12 or so Goldfinches feeding on teasel and then the 2 Kestrels came back circling towards the 360 hide from the main scrape. 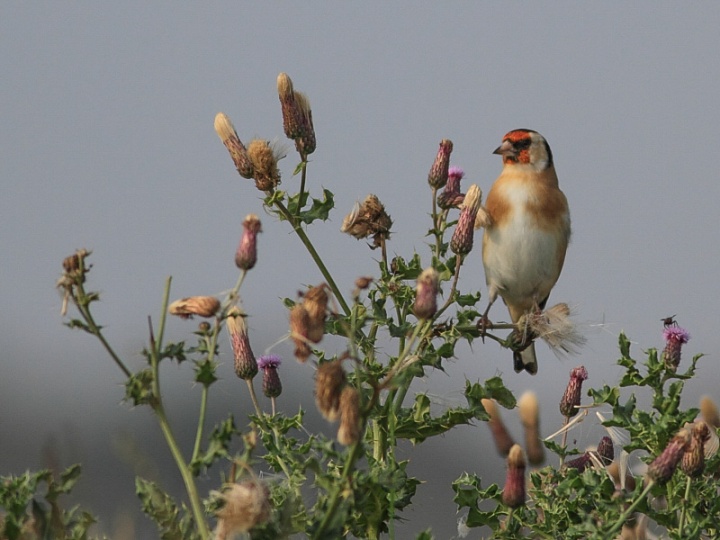 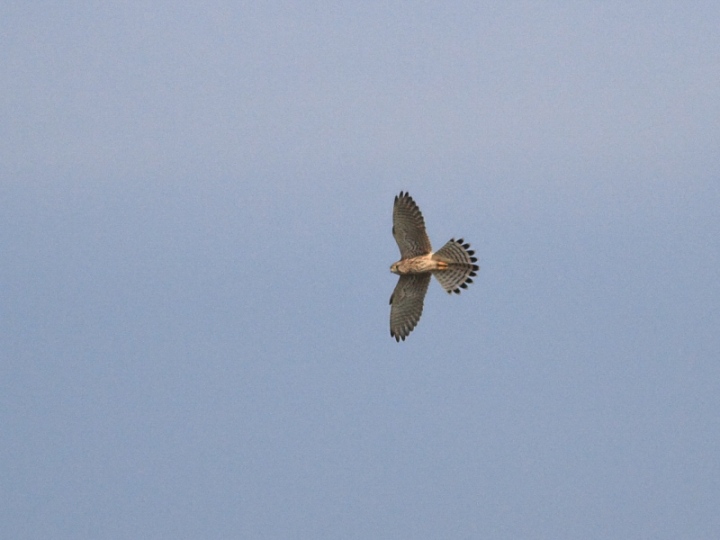 Walking back to the car park two birders told me where the Glossy Ibis had been with one birder saying to me “bet you walk up there and see it fly off and say to yourself – those ba%^$ds!!” well I did walk up and did get some good views of this lovely bird, thanks goes to the 2 lads who told me exactly where to go 😉 sadly the sun was not totally in the right direction for shots to fully illustrate this bird great iridescent feathering on its wings (picky me again sorry!). I still got a good selection of images some shown below.

I also briefly saw a Redshank in the same area as the Glossy Ibis. 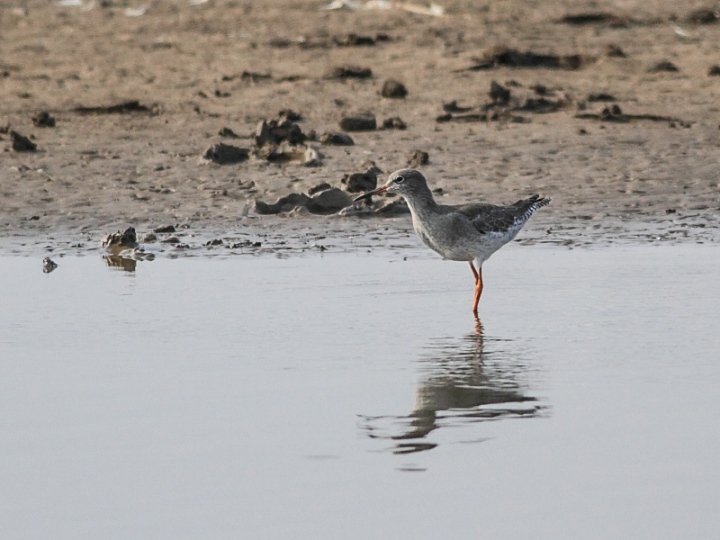 The Linnets mentioned earlier were flying all around and the photo below is the best I got of a single bird trying to catch up with the many body of birds. 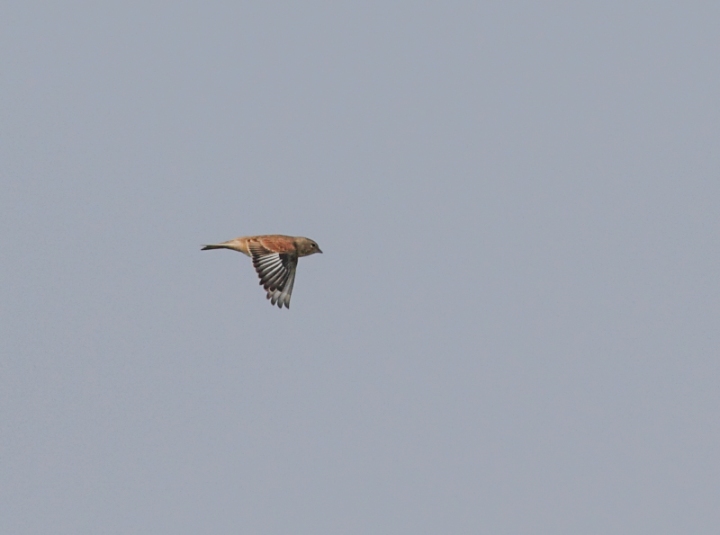 I decided it was time to go and in the reeds on the track to the visitor centre loads of Reed Buntings were in and out of the vegetation, I managed a distant shot of a female before she disappeared into the reeds. 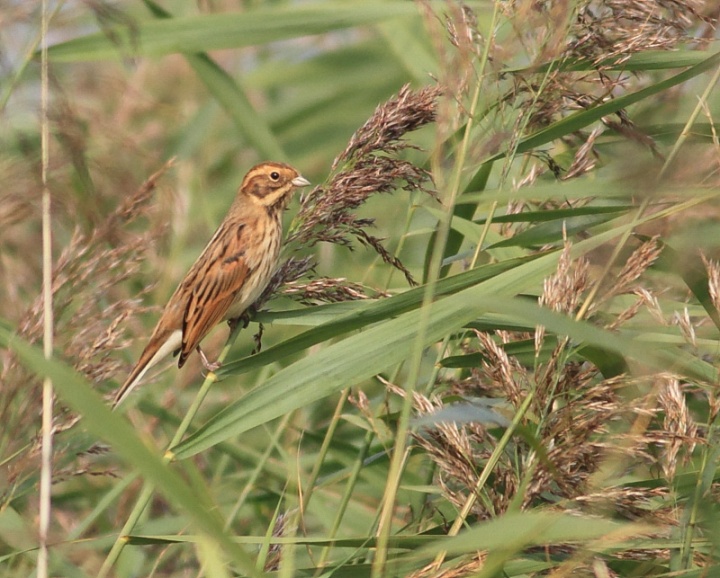 So all in all a nice few hours at Frampton, made enjoyable because I had not been there four some time and also there were only a handful of birders about so it was nice and quiet no matter where you went – anti social aint I? 🙂