This was a massive bird, not in its actual measurements, but in most other senses of the word.

A massive attraction-hundreds of birders visited today, cars still arriving when I left around 4pm.

A massive rarity-only the third for the UK, with one in Scotland in 2004 and another on Scillies in 2006.

The bird was on show most of the day, flying out from the hedgerow and barbed wire to catch crane flies regularly. 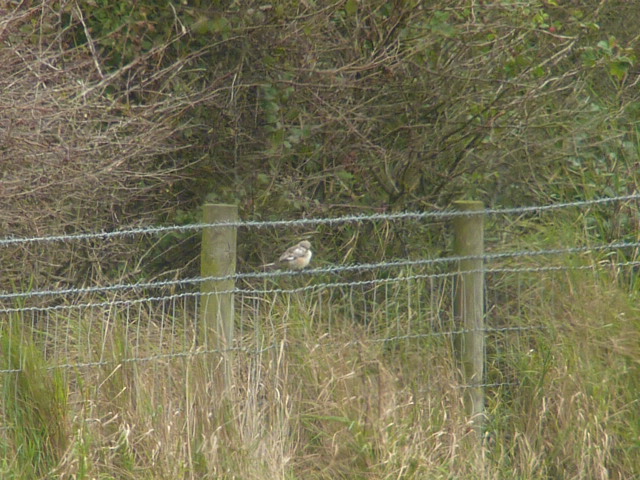 A great grey shrike also showed very well, nearby. Good numbers of wheatears, redstarts and whinchats were around. A pied flycatcher was in the crown and anchor car park and a couple of adult med gulls were nice. Had a quick look on the sea and saw an arctic skua and five red-throated divers.