Called into Marston today to see if I could see the recently reported Cuckoo. Upon arrival I parked near regular Dave R’s car and sent him a text to let him know I was on the patch. Immediately I heard the Cuckoo calling in the distance, here’s hoping I would get a sighting or two.

I hung around the Viking Way opposite the willows and the Cuckoo was mobile and calling all the time, sometimes close and sometimes afar. Dave arrived with his pal Lily and we soon got a distant view of the Cuckoo but then only heard it from time to time. Dave eventually went off to spot his 106th (I think?) species at Marston since January and I decided to walk to hang around the bridle path crossing the site, whilst walking there I saw the bird land in the bare tree close to the bridle path just past the willows, the image below was the best I could get with the bird soon flying away from me never to be seen nor heard again.

There were a few flying Gadwall and Greylags along with the small number of displaying noisy Lapwings circling the reedbed heading up to the hide and not much else really.

The reed beds were pretty quiet on waking back to my car parked at the works end of the site with only Wrens being seen and heard until  a lively and singing Whitethroat caught my eye and so I stayed around this area and got the images below over a 45 minute period, the bird was to me defining its territory with it flying in a large circle from the Viking Way hedgerow into the reedbed with it stopping at the same perches telling other male Whitethroat to keep away I guess? 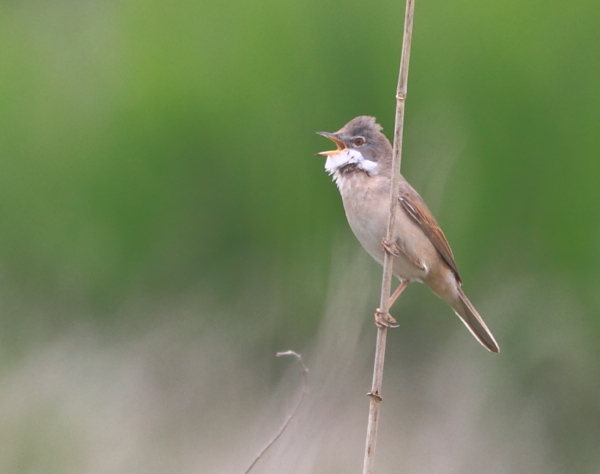 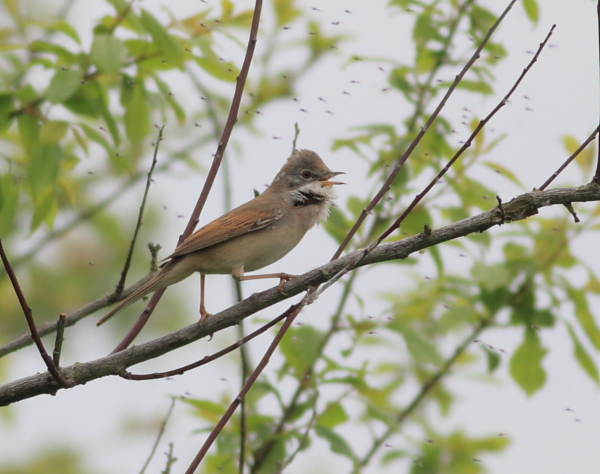 You can tell it is Marston – look at the flies in the above image!

When I got to my car I heard a singing Blackcap but it would not show itself at all.