This week I have been leaving home at 4am each morning to work over at Spalding and two days on the trot around the Donnington / Gosberton area I saw a Barn Owl, which was nice! 🙂

The early start meant that when back home this afternoon a couple of hours later on was on the cards so off I went to MSTW. Plenty of Great & Blue Tits were active along the track from the car park towards the hide. I heard Chiffchaff calling loudly close to the hide, “hope I see it” I said to myself.

I got sorted in the hide and saw several pairs of Gadwall, a pair of Shelduck with usual Teal, Mallard, Coot, Moorhen and a few Greylags on the water. Around 10 Curlew made their distinctive call as they flew low and fast over the scrape in 2 groups, too fast for a photo 😦 Great Tits, Robins and Dunnocks were feeding close to the hide and a Great Spotted Woodpecker called in also, got some pics of the GSW and the Shelduck. 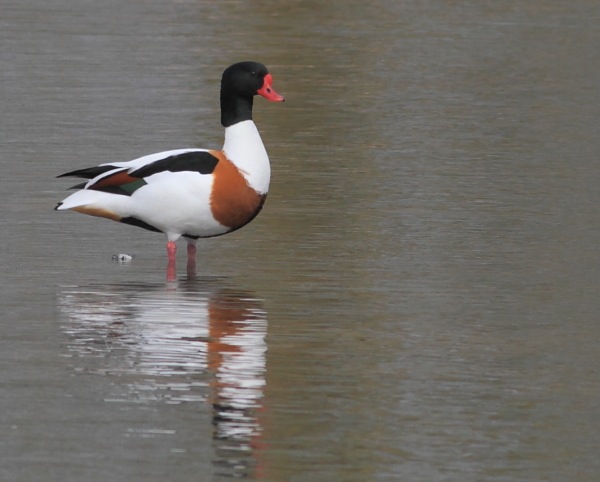 The Chiffchaff’s were calling still with a Wren that was busy around the hide joining in with the glorious sound of singing birds. The Wren showed really well but far too close for my camera and massive lens to even try to focus on this time.

Then a pair? of calling Oystercatchers called into the scrape and began what I can only assume was a mating type behaviour of calling while on the ground while standing and moving close to one another with beaks pointing to the ground and open too, I got a few shots of this before the birds flew away, landed in the same spot then flew away again. 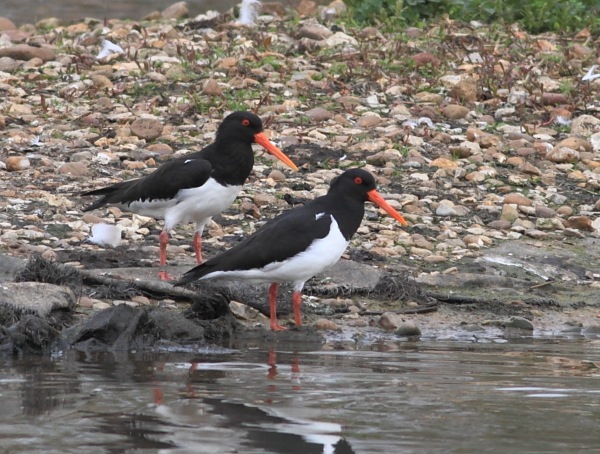 Both birds above had rings on them but were too far away for my photos to show any details of ringing origins on them.

I was then stunned to see in front of me a lone Chiffchaff in touching distance in the area close to the hide where the seed hanging, wow! I was going to go and take a look to see if the Water Rail were about but this happening made me stay a while longer just in case the bird came back, well it did about 5  minutes later and again virtually in the same spot and with in reach again, too close to photograph though must like the Wren earlier, bugger!

Another 10 minutes passed and the Chiffchaff came back further in the vegetation opposite the hide and this time was calling with the expected ‘Chiff’ ‘Chaff’ – ‘Chiff’ ‘Chaff’ -‘Chiff’ ‘Chaff’. I sat still and managed a few shots through the twigs and branches and below you can see the best two efforts. 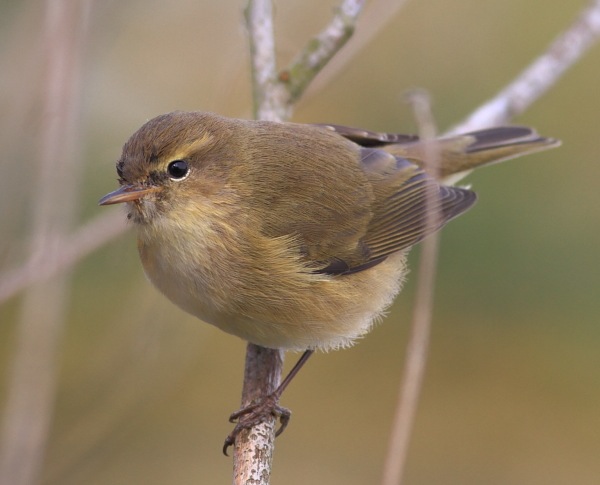 Pretty enjoyable couple of hours really, I did take a wander up Viking Way but all was quiet apart from a few Reed Buntings.