Some more pictures from the barracks.  This time they were House Martins who kept landing on the tarmac of a car park.  There were about 30 of them.  I wondered why they were on the ground as there was no water or anything like that.  I took some snaps and when they had left I had a look at where they had landed and there were lots of ants.  Had the birds landed specifically to eat the ants? Maybe they were picking up little pieces of stones? The picture that has just the one bird on the ground shows that it clearly has something in it’s beak. 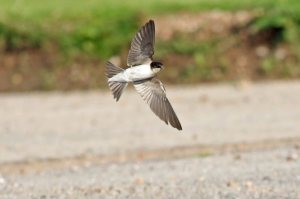 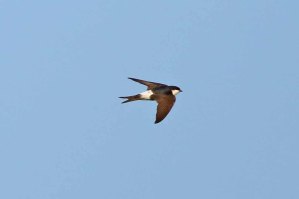