Not much doing at Marston-the scrape level is now really low,but the only waders seen were one or two lapwings and the oyc family.The vegetation is very high and you can’t see much of the other pools,so there may be stuff around.I had a look around the river area where,yesterday SL had a common crane flying low.He couldn’t relocate it,neither could I today.A great bird for the site.(Or anywhere,for that matter !)Talking of cranes what we need is a real one,so that we can view all of the site.

Well,it was high time I paid a visit here.Situated just in Notts,this is set to be one of the rspb’s premier attractions,but probably wont be at it’s best until mid-century.It’s pretty good already though,alot of work has gone into converting gravel workings.The whole area is given back to nature.

Sand martins were everywhere and a kingfisher dashed between them,fish in beak.A short way down the track a barn owl sat in the sunshine. 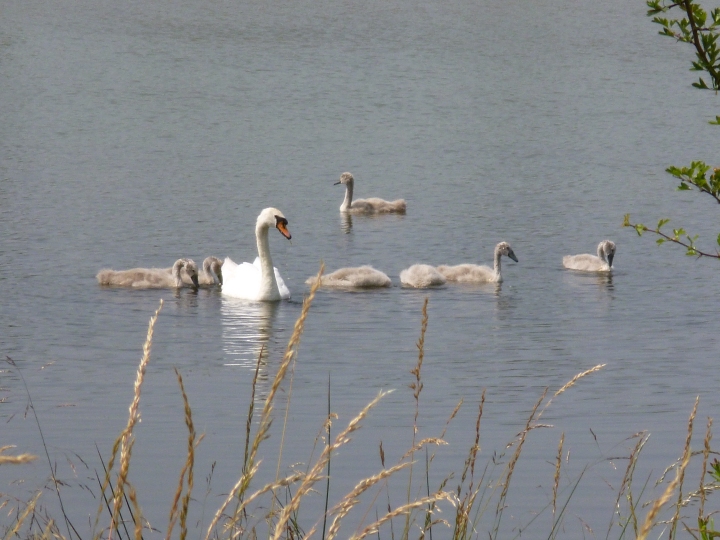 The abundance of dragonflies and martins had attracted a hobby,constantly catching and eating on the wing.

It got a tad warm later so headed home.Over the house we’ve got a lot more swifts now-I assume they’ve bred well-30 or 40 now.