Well I hope you don’t mind me bringing non-Lincs news as well as stuff from my fair county.I zipped up to Seahouses to catch the midday sailing on the ‘MV Glad Tidings’. 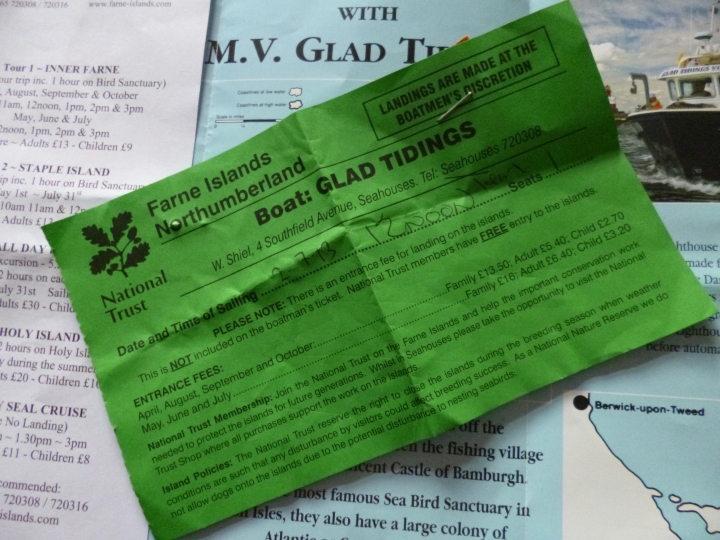 The bridled tern that had turned up late yesterday was my target.The boat I was on took us on a tour round all the outer islands and wasn’t due to land on Inner Farne (where the bird was),until 1.30.Now ordinarily this would be an absolute pleasure,while enjoying literally thousands of seabirds but news was that the tern was showing well just after 12.This was like torture,as the bird was in a routine of disappearing for spells.When we landed the warden told us that it hadn’t been seen recently but would hopefully return.I’d got an hour before departure,but was prepared to stay longer and sneak back on a later boat,if necessary.Anyhow,I needn’t have worried the beauty flew in after ten minutes.What fantastic timing,we had cracking views for a while,it flew right over our heads,even calling at one point.It flew off after a bit and with lots more birders arriving it wasn’t until I got back home that I realised how lucky I’d been.It went unseen again until nearly 8pm !

I also enjoyed the traditional ‘walk of death’,this being the walk up the island path,getting dive bombed by the arctic terns.Being tall (me not the terns) they had a right go at me.If you’ve never experienced this treat do it sometime.Terns with chicks and puffins were everywhere,some at touching distance.Awesome.

This is Brent Riddle signing off.(That really is someone’s name,wish it was mine.It’s an anagram of bridled tern).  Well you’ve got to have something to occupy your mind on the long,boring journeys home.