So on to Titchwell where barely out of the car park, we were attacked by tame Robins demanding a feed.

Some were clearly well fed:

Whilst some were still learning, but not afraid to take from the hand:

We saw lots and heard even more.  There were Reed Warblers 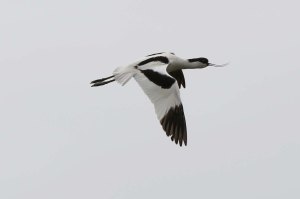 Then we had some Redshank,

some Spotted Redshank that were actually quite black.  There were 10 of them but at too great a distance for a decent photo.  There were Marsh Harriers, then we heard a Bearded Tit but it refused to show itself, but to be fair, it was a bit windy!

Then Steve spotted an unusal starling in amongst a huge bunch (murmuration) of them.  They were just run of the mill birds except for one which was very pale coloured.  In light of the recent Rose Coloured Starling, there was much excitement.  The birds were at a good distance but, with a little help from a fox they were flushed out and we got a good, if distant view.  The general consensus was that it was a Leucistic Starling.  I wonder how long before it becomes a Leucistic Lunch for a Sparrowhawk! 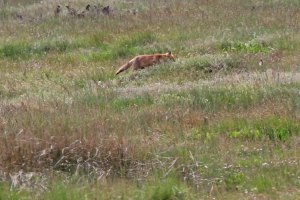 So, onwards towards the sea and there were Little Gulls 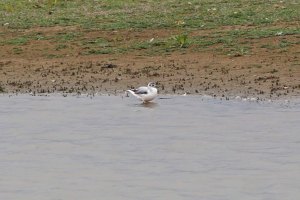 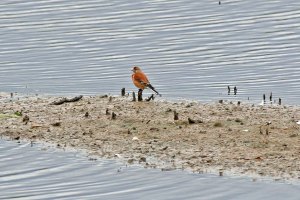 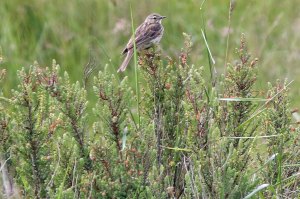 Down at the shoreline there were lots of Knot and Dunlin amongst various gulls that still sort of look the same to me although I am learning fast!

So back to the centre where we managed to cause havoc in the shop before heading out to a local hotspot hoping to spot a Montagues Harrier.  Sadly no luck.

So all in all a great day out with two new birds for me.  Plus points were meeting new people and seeing new birds.  Minus points were the dog owners and the bad light which made photography difficult.