I seem to be spending more time than is good for me in the cold at Marston. Today was the fifth time in a week and probably the quietest. At least seven Cetti’s calling, including from the hedge – saw at least four of them. Looked hard for the ever decreasing Linnet flock with a view to spot a Twite or two, thought I saw one as the flock flew off but on examination of the image it was only a Linnet: 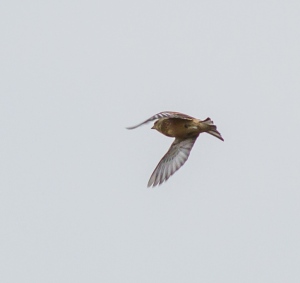 Did get a record shot of a Water Rail though, way down the “Ringer’s” path from the gate: 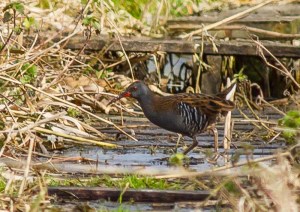 This female Reed Bunting was ringed: 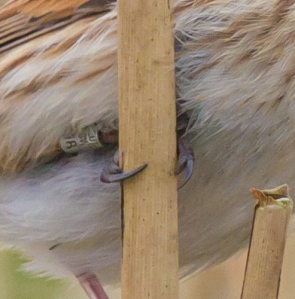 I will send this detail to Keith so he can check if it is one of his.

The Oystercatchers are still there: 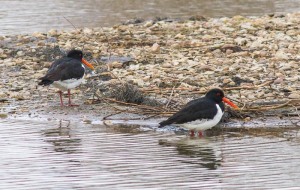 As are the two pairs of Shelduck:

The sun broke through for the split second I took this:

And there are a pair of Coal Tit now by the hide.