At the weekend I went out to see if the 3 Waxwings were still around at the small caravan park at Frieston near Caythorpe, sadly no was the answer but did see a Buzzard in the fields at the back of the caravan park, it was perched on a post for a while then off it went in the direction of the A607 towards Caythorpe.

I then moved onto Marston STW to see if the Cettis and Water Rails could be seen, am still dying to get half decent shots of both species! But again this turned out ot be a dip out! I had a brief chat with Graham W which is always good, Marston was very, very quiet with little about at all.

Whilst out Karen sent me a text saying 3 Siskins (2 male and a female) were in the garden, nice! After Marston I again called in to see if the Waxwings were about the sunny weather was the draw as the light for photography was pretty good but nothing there 😦

I got home and after sunday lunch I went into the back garden as I could see the Siskins in the trees that border my garden, after a little while they began to drop in for food and I managed to get a shot of a great looking female. 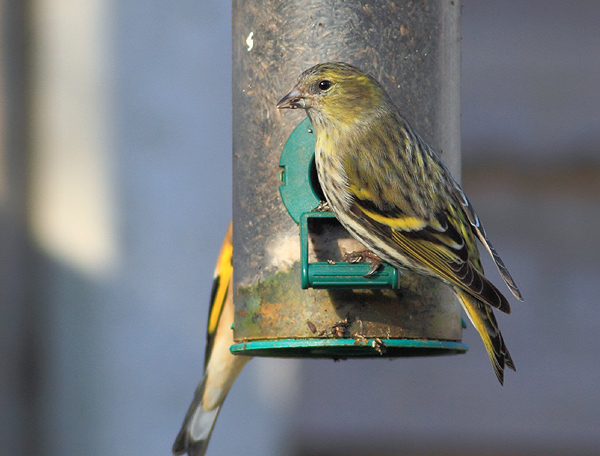 There was a very active and vocal male Wren in the garden too, we only see these birds occasionally but this one seemed to like our Camelia bush, maybe he will be choosing it as a nesting sight soon? I got a few shots of this little bird one showing he is a good hunter, he can be seen in the image below with a massive bright green caterpillar in its beak! The photo is blurred as I caught him just as he was off into the Camelia bush to tuck in, but even so I like the pic, hope you do?

Today at the usual time of around the 8am mark the garden was full of life, Chaffinches, Goldfinches, Great Tits, Blue Tits, Blackbirds, Collared Doves and at least 18 Lesser Redpolls! This is the most I have counted in my garden beating the 16 from the other week, WOW! this is great, I looked up into the tree before rushing to get my camera and saw more small demure birds in the tree at the bottom of my garden could there have been more than 20? I do not know but I deffo counted 18, whatever we are doing the birds are loving it and long may it continue.

I got a few shots through the double glazed kitchen window, not the best but you will see the Redpolls were all over, each Niger feeder had at least 4 birds on, birds were coming down to drink, and 7 maybe 8 were even on the deck eating from the grass, never seen this  before in my garden.

The birds were spooked by a landing Wood Pigeon (a pair now seem to be nesting in same tree the birds favour before dropping into my garden to feed) so I took the opportunity to go out and hide behind my shed to get a few closer shots, not many birds came back down this time but I did get a shot of a ringed Lesser Redpoll, shown below, look closely at the birds right leg. 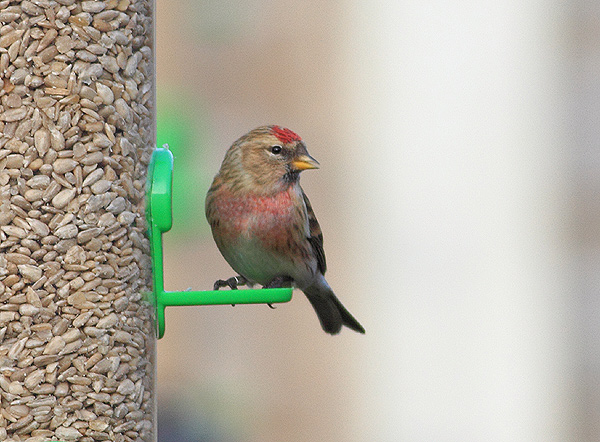 That was the morning, off to work in Boston, I got back in time to go out to Harlaxton to go to the Grantham Canal to see if I could see the Kingfisher my cousin told me about, to cut a long story short, yes I saw 1 bird but it would not allow me get any closer than 50 or so feet a shot of the bird can be seen below… 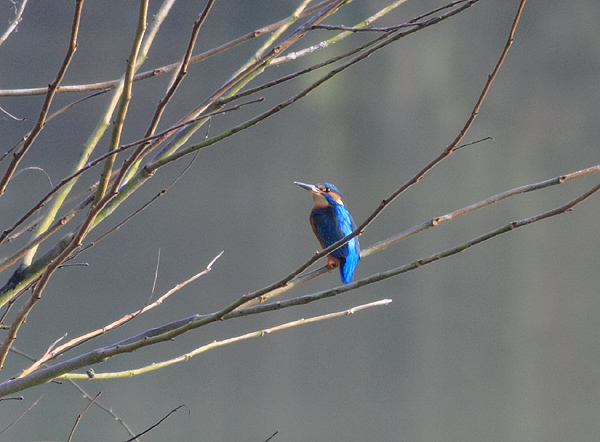 On the way back to the car I saw a small group of Siskins on the opposite side of the bank in the tops of the tall trees (don’t ask me what sort!) I got an unusual shot of a hen? after it just dropped off the branch it was feeding on – can you tell what type of tree? If so please let me know 🙂

Half an hour close to dusk at Halls Hill drew a blank, not much seen at all really, Goldfinches (pic below), Yellowhammers, Wood Pigeons, Corvids but sadly no Owls of any description, this is the 4th time on the trot I have been up there and no Owls, where are they? 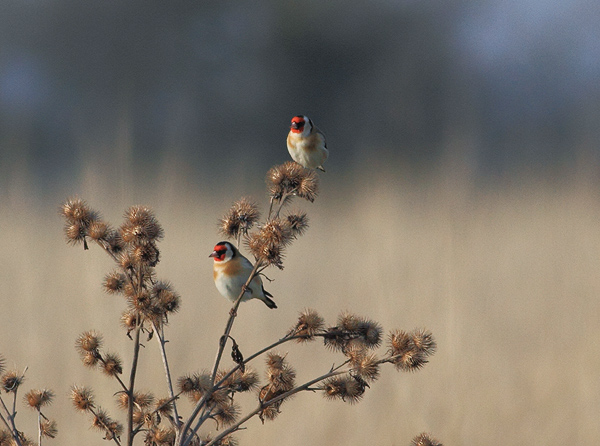