Karen was baking for a party tonight, yep Dave another one!! So I snuck off to Marston as it was a pretty ok morning. As I was making my way to the site after turning left after the Syston village Hall I soon sent up easliy 100 or so Fieldfares that were on the top of the hedgerows just after the first turning after crossing the little hump backed bridge. They flew very low over the car maybe a white one was not a good idea?

Upon arrival to the car park I saw it was full with vehicles of field workers picking the leeks in the field closest to the car park but I managed to park up ok and got sorted out to go for a wander, I was hoping to see a Stonechat far down Viking Way and maybe Water Rail, Cetti’s Warbler and also catch a glimpse of the Redpolls that have been kicking around lately.

I checked out the 200 or so Greylags that were in the ploughed field that backs onto the lane to the hide and saw the odd looking large white bird, the one I think I took a photo of while flying in a group (posted on Dec 7th) I think? It looks like a cross between a Greylag and a domestic white goose, what do you think? 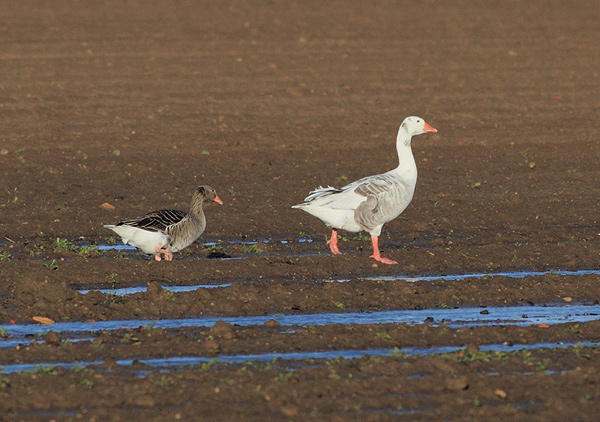 The hide scrape had around 100 Teal, 20 odd Mallards, 1 pair of Wigeon and as well as the usual Coot and Moorhen a handful of Gadwall were there too. The Teal shot up into the air all at once and soon departed the area. The hide feeding area had all the usual Tits and Finches with a couple of battling Robins too, I decided to move on as it was pretty quiet.

A few gulls were flying around using the gusts of wind to great effect, a shot of a Black Headed Gull can be seen below, a couple of Great Black-backed Gulls came pretty close over head also, this was while I was walking along Viking Way making my way down the track towards the works end of the site, light was poor at this time I did get a shot or two of the GBBG’s but they did not come out the best.. 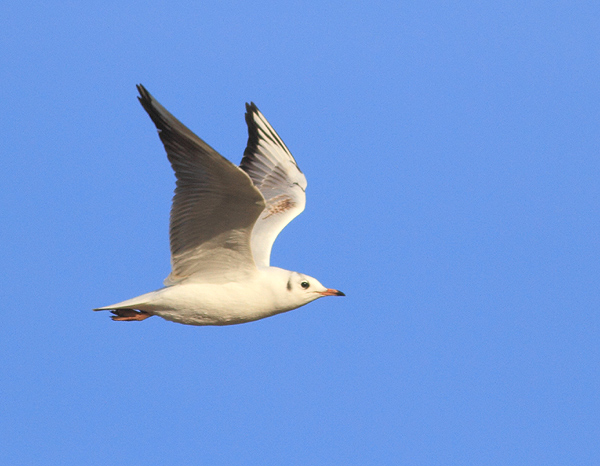 Once at the wooden gate on Viking Way a little time was spent hoping to see the Cetti’s and possibly a Water Rail, well some time later I heard the Cetti’s do a short burst of its song once and that was it 😦 I must have heard at least 5 Water Rails in the same area and finally a quick view, only my second at Marston, dodgy pic of it below 😉 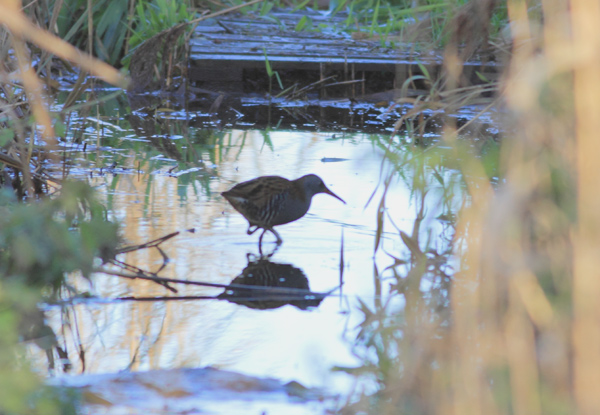 I continued to the far end of Viking Way but not a sign of Stonechat sadly but a Grey Wagtail appeared calling overhead and dropped into the concrete channel at the edge of the reedbed. I saw a few Goldies, Reed Buntings and Wrens but was really surprised by the number of Blackbirds – male and female – I counted up to 35 and then stopped! This was just along Viking Way too.

I got back to the car park to see a couple of my intitail target species and a first for me at the site Lesser Redpoll, only 2 birds on top of the hedgerow for a second but managed to get a couple of shots one of which below. 🙂 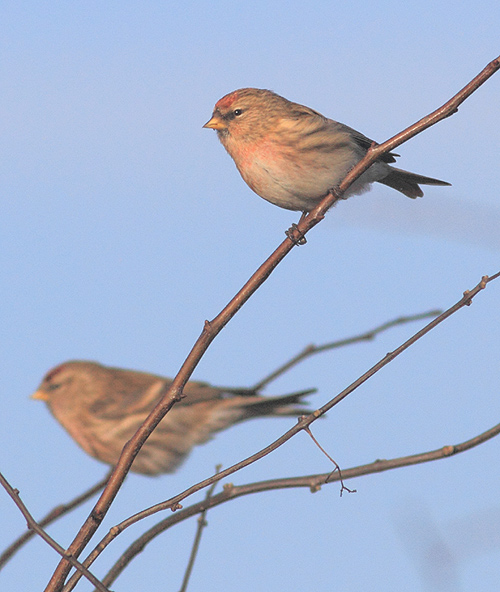 I drove over to Hougham MIll Lane and saw very little not one Fieldfare or Redwing in the area the only bird of note that was seen when driving back up MIll Lane to go home was a lovely looking Male Bully but sadly he decided to fly back to gardens of houses in the village.

I then thought I had a little time to drive along Tollbar Road but no Waxwings, you never know it may have been worth it! Now I am heading back to the A1 and decide to turn left at the T junction where Marston Trailers is located, I saw a couple of Fieldfare and fleeting thought I caught a Waxing shaped bird in the corner of my eye!! I stopped the car, the Fieldfare moved on and the Waxwing thingy? well perhaps it was never there in the first place eh? I did then hear a bit of ‘trilling’ in the field where I had parked up and low and behold a sizeable flock of Linnets circa 100 was very active in the wet field, an image of some of the birds below. 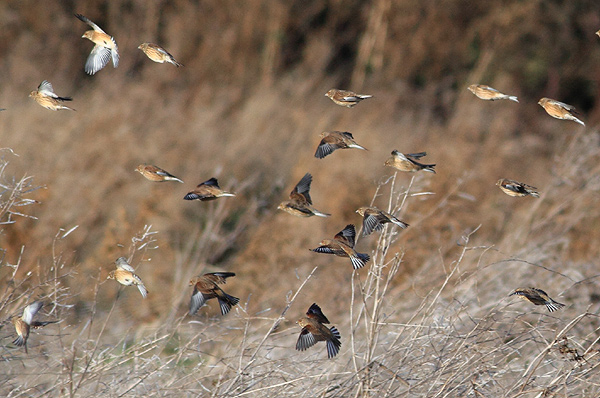 Not a bad few hours then really eh?