Had the opportunity today with working a split shift in the afternoon / night to go out to local spots for little while.

I started with early morning look around the Premier Court area for Waxwings, nothing there sadly as the sun was ashining! I then moved onto the Marston Waxwings, still circa 40 on Tollbar Road just after the Old Barn Hotel. They were very active with traffic making them move around quiet a bit but I stayed in a nice place with the sun on my back and awaited them arriving back to feast on the berries, a couple of shots from this hour long visit below, hope you not getting fed up of the Waxwing pics yet? 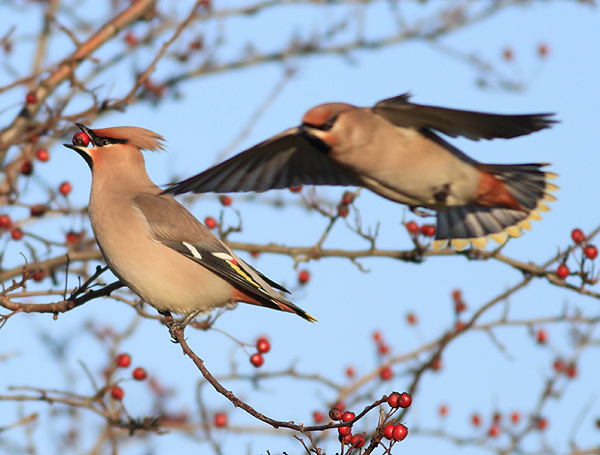 Later on after first section of my split shift was done I went up to the Halls Hill in Grantham to see if the SEO could be seen. I got there around 3pm and saw a couple of birders walking around, trying to gauge the best area to get the sun in the right place I was near the new fencing at the Hills and Hollows section of this area and saw a SEO rise up in the bottom left quarter of the hill, it hunted on the edge of the hill appearing to follow the paths going to the right and then up along the path where the nestboxes and new benches are located.

Each time it dropped I moved a little closer to the bird as possible but was still some distance from the bird, I am sure it looked over to me a few times just to make sure it knew where I was! I was the only one around at this time and got a couple of images, the SEO only came close (close meaning about 50 feet away) the once. 2 photos of the bird can be seen below. 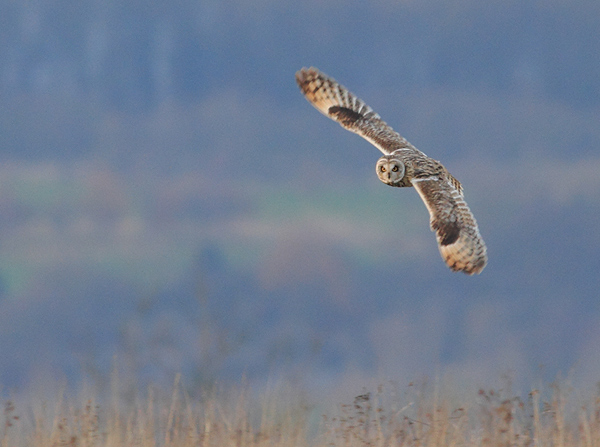 A couple of birders then joined me and after a few minutes in the fading light the SEO began to hunt again and then a Barn Owl appeared in the low part of the Hill quartering nicely, it came close to me and Amy (one of the birders I met) I snapped it a few time to find out upon reviewing the images that I was on the incorrect ISO (film speed) and I only got one reasonable image of this species, a first time for me to see it on Halls Hill but then I accidentally deleted it on my camera before I got it to my PC, what a numpty! Next time eh?  While walking down to my car a SEO (same bird?) came low over the hill and so did a Barn Owl (second of the night?) so all in all a nice hour or so spent on Halls Hill, will have to go back soon.

Right off for me tea then out to work again 🙂