On the drive over I stopped off at Threekingham,where there were 37 fieldfares in a field just off the main road.Odd swallows flew over,not often these two species meet each other.A bit further on a barn owl hunted beside the road at Bridge End.One of the first birds I saw at Gib. was a short eared owl,hunting on the old saltmarsh.A sight for sore eyes.

A few warblers showed,chiffys,willows and my first whitethroat of the year.

I made my way down to Mil Hill,pointing out the s. e. o. to a couple of non-birders,that was a mistake,it may as well have been a u.f.o.They weren’t awestruck.

Scanning around from the hill I picked up a ring ouzel perched on top of a hawthorn.It dropped down into the dunes but I never saw it again.

On the sea it was quiet,a red throated diver flew south.

Later I checked out the freshwater areas of Jacksons and Tennysons,where I’d been told a couple of med. gulls had been seen.They showed well,2nd summer birds,one of them with a green ring,ringed in Germany. 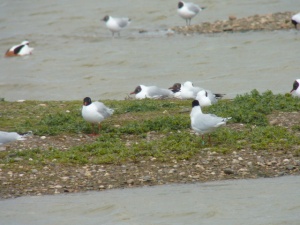 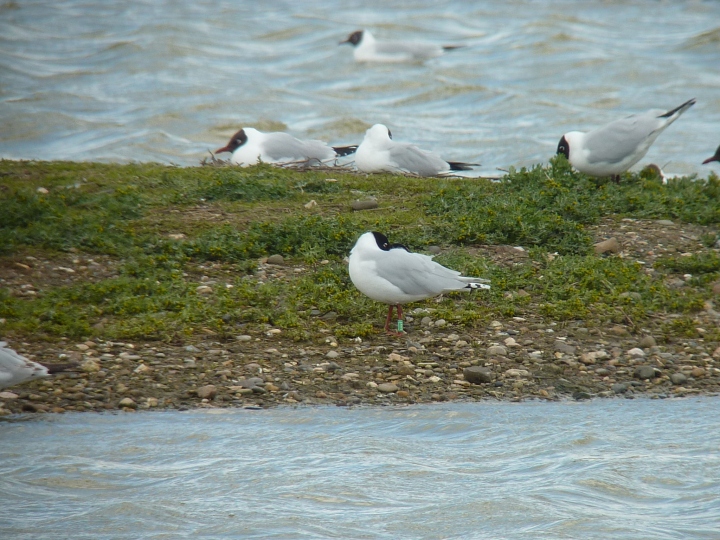 On the grassy area beyond the scrapes a couple of wheatears flitted about,and a whimbrel fed along with some curlews.Pandamonium broke when a peregrine came through,putting all the birds up.

In Sykses farm wood a great spotted woodpecker was calling and a treecreeper was carrying nest material.

When I left gib I called at Friskney marsh where two more short eared owls gave a great display at close range. 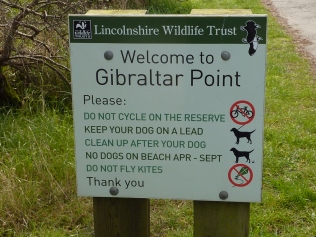 At greenshank creek the high tides had washed away a large part of the bank.